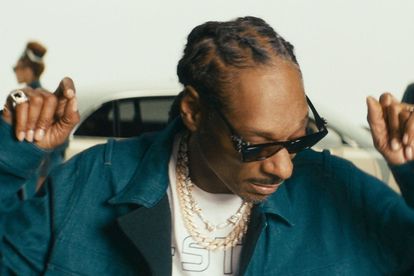 It starts off as a typical music video: Flashy cars, women in tight jeans and a pool party like no other. And the big don of rap music Snoop Dogg is there to drop his banging bars too…

But the 20-second clip is actually an ad campaign for denim brand G-Star Raw, of which Snoop is currently the celebrity ambassador for.

The pairing of the streetwear brand and the rap icon ties in under their theme “Hardcore Denim”, which “celebrates what we all love best: a great fit on all the booties in the world”.

He says in his trademark smooth voice: “Their style is making every booty look good. Big, small, tall or short. You get what you get, and I like that. Say it witcha booty”.

G-Star Raw released a longer one-and-a-half minuteversion of the video on their Instagram account which features lots of twerking, cocktail-drinking and dollar bills raining from the sky.

SNOOP DOGG DROPS THE REMIX ON HIS IG

And Snoop Dogg had to put his own spin on the fashion collab — releasing a “remix” of the ad of his own social media account.

In it, the 49-year-old dreadlocked grandad smokes a joint while trimming a hedge in the shape of a large booty.

He does a jiggle before blowing smoke into the camera.

“Got skills you never knew I had,” he captioned the hilarious clip.