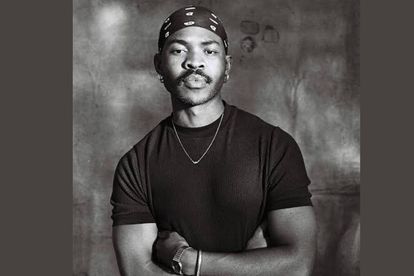 Cape Town-based designer Lukhanyo Mdingi was announced as one of three winners of this year’s Karl Lagerveld prize alongside US designer Colm Dillane (KidSuper) and China’s Rui Zhou (Rui).

It is the first time in eight editions of the LVMH (Louis Vuitton, Moët and Hennessy Group) Awards that three designers are awarded the Karl Lagerfeld Prize instead of the customary solo winner. The three winners — Mdingi, Dillane and Zhou — will share the €150 000 (R2.5 million) prize money and a one-year mentorship.

The big winner of the night was Nensi Dojaka who walks away with cool €300 000 (about R5 million) as the 2021 LVMH prize winner with her UK-based brand by the same name.

We’re thrilled to announce that for the first time ever we have three Winners of this year’s 2021 Karl Lagerfeld Prize and they are the very talented designers @kidsuper , @lukhanyomdingi and @ruiofficial.me, said the LVMH prize Instagram page.

The LVMH Awards also posted on their own page about the awards and it’s reaffirmed its commitment to supporting young designers.

“With the @LVMH’s 8th edition, the Group confirms its ongoing commitment to support young fashion designers and contribute to the future of fashion​

Mdingi took to Instagram to post about his award and paid tribute to late fashion designer and friend Nicholas Coutts who passed away in 2019.

Mdingi announced that he’s been steadily working on a residency with art curator Sophie Olympia Riese to honour Coutts and will focus on the spirit of textile development.

“It’s an incredible honour to represent Nicholas’s legacy with respect and sincerity. I’ll forever be grateful to the support of Lindsay, Emma and Mick Coutts – your son and brothers presence will never wane,” he said.

“This is for all the homies that have been there since day one – you know who you are. I got you. Always,” he concluded on his caption.

Mdingi shared his excitement with Vogue, who spoke to the award-winning designer after a special night in Paris.

“I’m just super-stoked to be Shari g this with two amazing designers, but what I do doesn’t necessarily pertain to South Africa,” he said.

“I think if you look at Africa as a whole, there are different corners and pockets where there’s such a rich community of textile development and craft makers. We’re fortunate enough to have been able to work with people who have such finesse with what they do, who are based in Burkina Faso, as well as Kenya and South Africa. Being part of that brings a sense of honesty to our label, and I’m incredibly grateful to be in the presence of them.”

Mdingi’s journey to the Karl Lagerfeld LVMH prize started in March when he was announced as one of the Top 20 finalists. Going on to win an award will do wonders for Mdingi’s career as evident with Thebe Magugu trajectory since 2019.