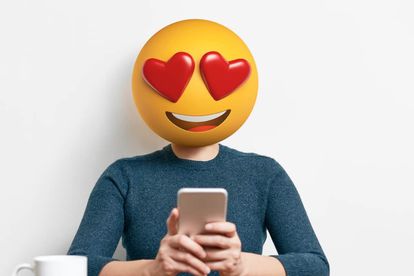 Even though the world has only been celebrating the use of emojis since 2014, the chirpy little characters already have their own day. Yes, on Friday 17 July it was World Emoji Day.

Without a doubt we should celebrate emojis because we use them so religiously.

Emojis have become a very popular addition to texts or posts. Not only have they become a way to add oomph to captions or messages, often they even replace words.

Emoji-speak has almost become a new language for users, and many have double meanings.

An example of this would be the peach ? and eggplant ? emoji.

These two do not always mean the fruit or veg you think they do. Actually, they have a double meaning which implies a sexual references. And I bet that right now you are looking at them and you cannot think of them meaning anything else.  Sorry ?

With that out of the way, here are a few more random facts about emojis that you might not have known.

1. The most popular new emoji on Twitter is the White Heart ?

2. World Emoji Day is 17 July because of the calendar emoji ?

The reason is because the calendar emoji has that date highlighted. Who knows why they originally chose that date, it may have no meaning at all, right?

3. The most anticipated emoji for 2020 is a Smiling Emoji with a Tear

According to World Emoji Awards, people are most anticipating this little smiley face with a tear. The transgender flag and pinched fingers are second and third.

There were runners up too, and these were an accordion and bubble tea. The page announced on Twitter that you will be able to get these five on your phones later this year.

Yes, you read right. 900 million ! This makes sense though, as they have become the quick and easy reply for many. Also, we use the most of them on New Year’s Eve.

5. There are 117 new designs coming this year

According to Emojipedia, there are 117 new emojis to add to the 3 304 already out there. These will obviously include the five anticipated icons mentioned above. More examples are a toothbrush and a black cat emoji.

Last but not least, before you send your daughter or grandma a picture of an eggplant or peach, remember that only 7% of people use the peach emoji to reference fruit! ? ? ?