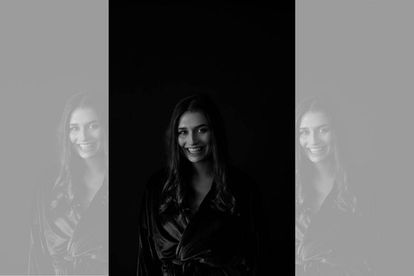 Fans of the teen romantic comedy film The Kissing Booth (2018) will be happy to know that the sequel premieres on Friday, 24 July 2020 on Netflix, and once again features South African actress Frances Sholto-Douglas as the British beauty, Vivian.

Born and raised in Cape Town, with a degree in Theatre and Performance from the University of Cape Town, Sholto-Douglas is no newcomer to acting.

She says that being back on set and reunited with the cast was so much fun and felt like a dream come true.

“From getting to play with and develop my character to hanging out with the most enthusiastic, hilarious cast and crew members; it was non-stop excitement,” Sholto-Douglas said.

She also counts herself lucky to be working with top South African actors, and added that working with American actress Joey King – who stars as protagonist Elle – taught her “…professionalism, class, and how to give every scene everything you’ve got.”

Sholto-Douglas, whose résumé includes work on movies and series such as Samson, The Dating Game Killer, Troy: Fall of a City, and more, later told The South African that working on The Kissing Booth 2 felt like reuniting with a good friend you haven’t seen in a while.

“You just pick up where you left off and it all feels very natural and invigorating. I got to play around more with my character Vivian – who I really fell in love with over these past few years – and be on set, which is a prize in itself! Most of the cast from the first movie returned to the second, so we had already established a fun rapport and had a blast spending time together when we weren’t shooting. I wouldn’t trade the experience for anything!”

Her acting style is described as – on the one hand – candid and quippy, to conversely being tempestuous and capable of showing a side to her that is earth-quaking, unhinged and erratic. “I am constantly working on my craft; taking on different roles that push me to my limits and allow me to explore new characters,” adds Sholto-Douglas. “My dogma as an actress is to consistently and generously bring life and truth to the characters I play.”

For this role, Sholto-Douglas said that she made a book of inner thoughts, collages, and more to give her character Vivian the same amount of attention as she would a lead character. “I’ve also recently started working with Janice Honeyman, who has profoundly impacted my understanding of acting and I can’t wait to start incorporating her technique into my work life.”

She ultimately hopes to take away experience from this project itself – which she hopes will also see a third installment.

“Being a working actor is not only an immense privilege, but it’s by far the best way to learn how to work efficiently and effectively on set. You’re surrounded by experienced professionals, from the art department to the director’s chair. And everyone’s hard work could be wasted if you don’t give a scene your all. I honestly learned something new every day I was on set. It’s a high-pressure industry, so experience on set is really the best training one could possibly hope for and I am very lucky.”

She adds that this is probably the perfect Netflix movie.

“It’s a feel-good film, it’s not trying to be anything other than what it is, and honestly, people of all ages love it. My middle-aged high school teacher called to let me know he’d watched it by himself and he had no idea I was in it before I showed up halfway through.”

The Kissing Booth 2 will tell the story of high school senior Elle who juggles a long-distance relationship with her dreamy boyfriend Noah, college applications, and a new friendship with a handsome classmate that could change everything.