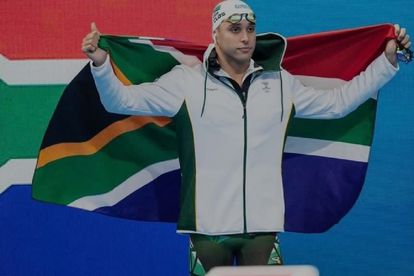 SA Olympian Chad le Clos has opened up about battling depression before, during and after the 2021 Tokyo Olympics. Image via @chadleclos92/Instagram

SA Olympian Chad le Clos has opened up about battling depression before, during and after the 2021 Tokyo Olympics. Image via @chadleclos92/Instagram

South Africa’s most decorated Olympian of all time with four medals, Chad Le Clos has revealed that he is surfacing from the deep waters of depression.

The 30-year-old swimmer went through a major dip in form last year after a traumatic experience that left him struggling mentally. Opening up about his experience, he revealed that after therapy, he is back in form again.

CHAD LE CLOS OPENS UP ABOUT HIS MENTAL HEALTH ISSUES

Although he says he will never reveal the exact details of his traumatic experience, Le Clos told Mail & Guardian that it was worse than his parents being diagnosed with cancer.

“It’s something I’ll never talk about because it’s not for anybody else to know. But it was something so deep, it was worse than my parents having cancer and this was worse for them.

“It really cut me deep but I didn’t know it affected me. Sometimes you don’t know that you’re swimming with that weight on your shoulders. I wasn’t myself. I was so unsure about myself. I lost all my confidence last year.”

In 2016, the sports star revealed that his mother, Geraldine, had her breast cancer return, while his father, Bert, had developed prostate cancer.

LE CLOS ON LOSING IT ALL, EVEN HIS SPONSORS

Le Clos had it all from the age of 21 — the talent, fame and glory of winning Olympic gold by beating the greatest swimmer of all time, Michael Phelps.

However, last year, most of it came crumbling down when he walked away from the Olympic Games in Tokyo empty-handed. He finished fifth in the 200m butterfly final and didn’t even make it out of the heats in the 100m butterfly. His traumatic experience in January last year weighed heavily on his shoulders and he had thought he’d wrestle with it in the pool.

“There are only about five people in the world that know, but it was really deep. I didn’t want to talk about it because I thought it would affect me – it was too close to the Olympics. I thought I’m just going to power through this and I’ll be ok. You’re training well and then you get to a meet and all those wobbles get to you.”

As a result of his performance in Japan, several of Le Clos’ sponsors reduced their support for him

“It’s tough because you lose everything, you lose your way.”

It wasn’t until after the Olympics that Le Clos started therapy. At first, when his father encouraged him to talk to a sports psychologist he was not convinced.

“I’ve always prided myself in being a head-strong guy, I’m the man, but I needed someone last year.

“There were times where I was sitting in my room just crying by myself. I didn’t know why I was like that. It genuinely wasn’t about the Olympics. It was about my future and about me… it felt like I had fallen such a long way from where I was in terms of who I was as a person. It really wasn’t about swimming.”

After undergoing deep therapy, Le Clos says that he is well on his way to gaining his form again.

“The main thing is that I’m good, everyone is good, I’m on my way back. I’m doing the right things… I still believe I’ve got a lot of fight left in me. I’ve had a great career, but I don’t think I’m done by any means.”

On 8 April, Le Clos added his name to the list of qualifiers for the World Championships and Commonwealth Games at the SA Swimming Championships in Gqeberha.