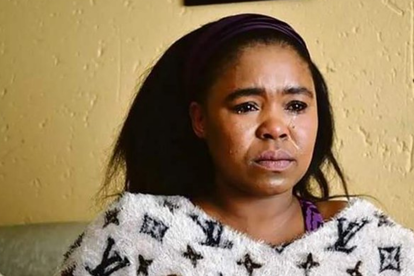 Zahara is reportedly being hounded by the bank for her property. Image via Twitter: @ProHeed

Zahara is reportedly being hounded by the bank for her property. Image via Twitter: @ProHeed

Last week, it was reported that South African musician Zahara was facing financial troubles and may soon lose her home. The star allegedly hasn’t made payments on the Roodepoort house and is being hounded by the bank which has threatened to repossess the property and put it up for auction.

Since the news was shared, many of her fans have come together to show her support.

Zahara is another star that stands to lose her home

It’s no secret that many South African artists are struggling to make ends meet.

Over the last few months, a number of singers and actresses have spoken out about their financial struggle and how they cannot afford just about anything at the moment.

The latest artist who is allegedly facing financial difficulties is Loliwe singer Zahara. Last week City Press reported that the bank is planning on auctioning her home due to non-payments.

According to reports, she owes just over R17k on the property which she purchased using a home loan for R1.9 million.

This means that the star has not been able to make payments for the last six months.

Since the news broke, many of her fans have expressed sadness over her continuous struggles after she was also robbed of her six SAMA awards only a few weeks ago.

A number of them have suggested that funds be raised to help the singer come back to her former glory.

“They may Auction your House but not your Guitar.”

“What can we do for Zahara as CBD Twitter? She might be homeless soon. That’s our queen right there.”

“I really don’t like what’s happening to Zahara, she’s sooo talented, she doesn’t deserve all of these..”