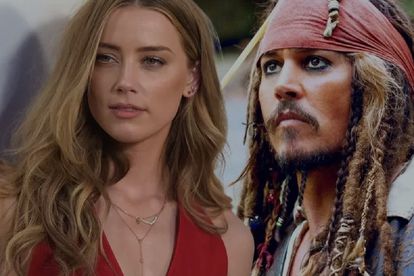 Amber Heard’s defence team called up its first witness in the $100 million (R1.5 billion) defamation case between the actress and her ex-husband Johnny Depp on Tuesday 3 May.

She claimed that the Pirates of the Caribbean star, when high on drugs, would force the Aquaman actress to give him oral sex, among other sexually and physically violent acts.

During her testimony, Hughes who is Heard’s psychologist and an expert on domestic violence, explained why women in abusive relationships find it hard to leave.

Hughes went on to recount horrifying instances where she claims the 36-year-old actress opened up about being sexually assaulted by Depp (58).

“When he was drunk or high, he threw her [Heard] on the bed, ripped off her nightgown and tried to have sex with her,” she recalled.

According to Daily Mail, Heard appeared close to tears several times as her doctor testified.

The psychologist claimed that Depp was jealous, controlling and domineering during their 23-month marriage which ended in 2016.

“He forced her to give him oral sex when he was angry. These weren’t loving moments, these were dominant moments.”

In another incident, the witness alleged that he “performed a cavity search”.

“He thought it was acceptable to rip off her nightgown and stick his fingers up her vagina looking for cocaine,” Hughes added.

PHYSICAL ABUSE OR A ‘COUPLE OF CABINETS’?

While testifying, the doctor also alleged that the actor was physically abusive to a point where his fingertip was severed during an argument with Heard. She alleged the incident took place in Australia.

“When he was beating her and choking her, saying I hate you I will f**king kill you, Miss Heard was dissociating and going outside of her body. The only thing she’s thinking is: ‘Oh God I hope it’s not the broken one’.”

According to Hughes, the physical violence suffered by Heard included Depp pushing, shoving, choking and kicking her in the back. She also added that she suffered mostly bruising, cuts and vaginal pain.

Heard said she lost consciousness twice after fights with Depp in December 2015 in Australia. However, when Depp testified on 20 April about the same incident, he denied beating up Heard.

“I did assault a couple of cabinets, but I did not touch Miss Heard,” he claimed.

He also said that his severed finger was caused by a furious Heard throwing a bottle of vodka at him. Her lawyer told the jury that Depp had told doctors he cut himself with a knife.