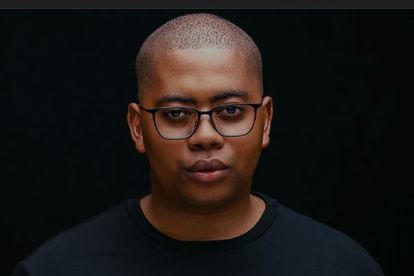 The Wife actor Linda Majola is an all-round funny guy. His big break came in 2021 when he bagged the role of Langa Dladla who is a twin to Hlomu (Mbalenhle Mavimbela) on the Showmax series. But, many of his fans actually fell in love with him on Tik Tok where he makes funny videos about everything — from friends and family to relationships.

Although now with a busier schedule, Majola still makes time for his day-ones on TikTok. This week he decided to finally tell them who he is crushing on with a little help from American songstress Beyoncé.

Yep! Linda Majola has the hots for Isono actor Senzo Radebe. The actor, who is also a fitness instructor, is a #MCM for not only Linda, but many ladies who are seen confessing under his posts on Instagram.

Linda’s video, which he also shared on his Instagram,  had his followers in stitches.

The Wedding Chef presenter is seen singing Beyonce’s hit song Party, but in a gospel-esque way. In the background is a picture of Radebe who is half naked.

‘I’VE HONESTLY TRIED IT ALL’: LINDA ON RELATIONSHIPS

In January this year, Linda Majola opened up about being single and looking. In a lengthy IG post, he shared that he’s even tried a dating site called Grindr.

“I’ve honestly tried it all, not that I’ve thrown in the towel, but damn these dating apps lead to false hopes. I wonder if any of the people there are looking for sincere and genuine connections or are they all there for quick emotionless sex. But… If I’m on there looking for love, surely there must be someone else doing the same? Yes? No? Maybe?” he wrote.

The Durban-born actor went on to ask those who’ve found love what their secret is or if there is “some sort of ritual”. In the end, he expressed that he does not want to put pressure on himself. All he wants to do is date because he knows he’ll eventually find that special someone.

“Honestly, I don’t want to frustrate myself with the pressures of finding love. But I’m hoping to go on as many dates as I can (no pressure). Meet as many men, weigh my options and if none resonate with my aspirations — keep it moving. But I know love will find me one day…Hopefully,” he added.

ALSO READ: ‘It’s what parents have to do’: Lerato Mvelase on Nomusa in ‘The Wife’