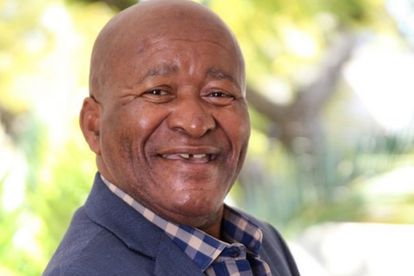 The SABC has denied claims that it owes veteran actor Vusi Thanda royalties for ‘Emzini Wezinsizwa’. Image via Twitter @SihleGeneral10

The SABC has denied claims that it owes veteran actor Vusi Thanda royalties for ‘Emzini Wezinsizwa’. Image via Twitter @SihleGeneral10

Veteran South African actor Vusi Thanda said he is scared to speak up after being criticised for asking Mzansi for donations. The former Emzini Wezinsizwa claimed that the South African Broadcasting Commission (SABC) owed him royalties for the popular sitcom. Speaking to IOL, SABC’s group executive for corporate affairs and marketing, Gugu Ntuli, poured cold water on Thanda’s claims.

Vusi Thanda left heartbroken after he went viral for asking South Africans to donate money to him. Thanda is best known for playing the role of Tshawe in Emzini Wezinsizwa between 1993 and 2005. He has also acted in The Queen alongside Connie Ferguson, Themba Ndaba and more.

Speaking to the Daily Dispatch, Thanda claimed that the SABC had owed him royalties for Emzini Wezinsizwa.

“I used to receive royalties from the SABC,” said the 71-year-old.

“But they stopped and I don’t know why. All attempts to get clarity failed.”

Speaking to IOL, the SABC’s Gugu Ntuli said that the broadcaster was up to date with royalty payments to Thanda.

“It must also be noted that Emzini Wezinsizwa was last broadcast on SABC 1 two years ago and any claims for the last repeat for Mr Thanda have been settled.”

“In terms of repeat fee payments, it must be noted that actors need to submit claims in order for the SABC to make payment. If no claim is submitted, the SABC would not be in a position to process as there would be no record of a claim.”

As per Sowetan, South Africans donated R100 000 to Vusi Thanda following his viral video. The veteran actor thanked Mzansi for their generosity.

“I don’t care about those who have criticised me for asking for help from the public. These are people who called themselves friends but they were not there when I needed them. Some of them knew my situation but they never assisted me,” said.