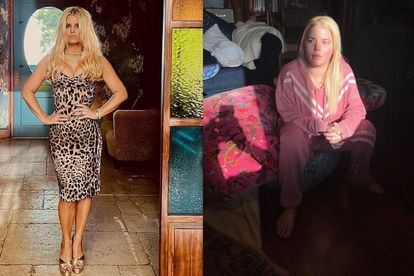 Jessica Simpson has shared an “unrecognisable” photograph of herself to mark her fourth year of sobriety.

The 41-year-old singer has admitted she had to “show victory over” her “internal battle of self-respect” before she could curb her addiction to booze.

ALSO READ: No chance of a ‘beer boep’: Idris Elba keeps it ‘pretty simple’ with spirits

Alongside the old snap of herself in pink pyjamas with reddened skin and a bloated face, Simpson wrote on Instagram:

“This person in the early morning of Nov 1, 2017 is an unrecognisable version of myself. I had so much self discovery to unlock and explore. I knew in this very moment I would allow myself to take back my light, show victory over my internal battle of self respect, and brave this world with piercing clarity.”

“I wanted to feel the pain so I could carry it like a badge of honor. I wanted to live as a leader does and break cycles to advance forward- never looking back with regret and remorse over any choice I have made and would make for the rest of my time here within this beautiful world.”

The Open Book author went on to explain that she has made peace with the “parts of my life that are just sad” and she finds herself in charge of her “personal power” today.

“Drinking wasn’t the issue. I was,” she admitted.

“The real work that needed to be done in my life was to actually accept failure, pain, brokenness, and self sabotage … I didn’t love myself. I didn’t respect my own power. Today I do. I have made nice with the fears and I have accepted the parts of my life that are just sad.”

“I own my personal power with soulful courage. I am wildly honest and comfortably open. I am free.”

JESSICA SIMPSON SPOKE ABOUT HER SOBRIETY IN HER MEMOIR

Jessica spoke candidly about her sobriety journey in her 2020 memoir, where she said she reached rock bottom with her alcohol addiction after a Halloween party at home in late 2017.

And the star later said she had quit drinking so she could “understand” herself, as well as be a better mother to her and husband Eric Johnson’s three children, nine-year-old Maxwell, eight-year-old Ace, and two-year-old Birdie.

“I did make a huge shift in my life. I was at that point in my life where my kids were growing older and they were watching every move that I made. I just really wanted clarity. I wanted to understand myself because I didn’t even realise how much I was drinking and how much I was suppressing. I thought it was making me brave, I thought it was making me confident and it was actually the complete opposite, it was silencing me.”

ALSO READ: ‘Be my hero, girl’: Joe Exotic calls on Cardi B to get him out of prison