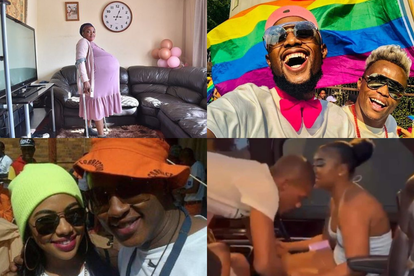 These viral stories made headlines in 2021. Images via Twitter: @pietrampedi/@somizi/@advobarryroux/@JuksAfrika

These viral stories made headlines in 2021. Images via Twitter: @pietrampedi/@somizi/@advobarryroux/@JuksAfrika

Despite COVID-19 wreaking havoc on all things normal here in South Africa and abroad, 2021 has still been quite eventful in terms of viral news and headlines. Over the last twelve months, we’ve heard about the birth of ten babies who went missing, watched various local Spiderman’s jiving at parties. And we’ve seen a young woman being pulled out of a V-Class Mercedes Benz.

South Africans were buzzing with excitement after hearing that a local woman was expecting decuplets. Things soon became confusing as we heard that the mother of the little ones was never really pregnant. Following an investigation, it was found that the babies were really born but were trafficked.

After all the confusion, people no longer know what to believe and are still waiting for snaps of the little ones.

In August this year, many people were blown away after recordings of Mohale accusing his estranged husband of physical and mental abuse were leaked.

As a result of the accusations, Somizi was suspended from a number of his roles as a media personality. Mohale surprisingly became a whole lot more popular after the story went viral.

Things around the couple have since quieted down but many are waiting to see whether Mohale will walk away from the marriage a lot richer.

ALSO READ: Feisty fingers: These are the fiercest Twars that rocked Mzansi in 2021!

Another thing that went viral is a video of a young woman who was being forced out of a Mercedes Benz V-Class. He later explains that he chased her out of his car because she was being disrespectful.

The most recent bit of news that went viral is Amanda du Pont’s rape allegations against media personality Jub Jub. The actress headed to social media to share how she was sexually assaulted by Jub Jub during their two-year-long relationship.

Both of them are now dealing with the allegations legally.