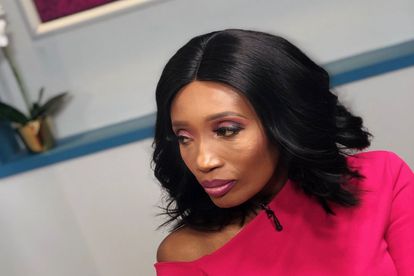 Sophie Ndaba has hit the airwaves with her own lifestyle show on Radio BOP. Image via Twitter @Sophie_Lichaba

Sophie Ndaba has hit the airwaves with her own lifestyle show on Radio BOP. Image via Twitter @Sophie_Lichaba

“I did not want to turn the show into another regular show which will bore people. So, when you listen, you will hear it’s different and does not follow the same format as other radio shows.”

Fans of “The Queen” were delighted with her first radio broadcast:

MORE ABOUT RADIO BOP AND ITS TEAM

The station launched careers for radio personalities, such as the late Bob Mabena, Tim Modise and Nothemba Madumo.

Other well-known media personalities who are currently with the station, include former The Queen actor Aaron Moloisi who played Madimetja, and comedian Noko Moswete.

Radio Bop, which turns 42 this year, is one of the oldest radio stations in Africa and is currently run as a digital network and can be streamed here.

Ndaba exited Generations after 20 years with the show in 2014. Her contract ended after alleged contractual disputes with Mfundi Vundla, the creator of the show.

The actress also joined the cast of Isidingo to play the role of Nkadimeng briefly. Nkadimeng was Lerato’s (Tema Sebopedi) mother.

The media personality is also a producer on the new SABC1 drama series Family Secrets. She told Daily Sun:

“Being a producer on the show has been amazing and I’m making sure the story goes to another level, is told correctly and continues to do well.”