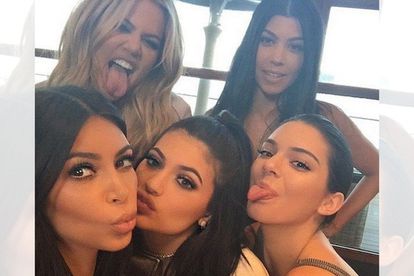 After Kris Jenner worked with Ryan Seacrest to conceptualise a show about her family in 2007, Keeping up with the Kardashians went on to inspire an “undeniable power in the world of pop culture”.

The Kardashian-Jenner family: Then vs Now

According to People, nearly every detail of the family’s lives has been documented — either on their reality show, on one of their many related spin-offs, or on social media.

Now, with the show coming to an end after 20 seasons, many fans are looking back at the Kardashian-Jenner family to see how far they’ve come and how they’ve changed…some with the help of plastic surgery no doubt…

Since the start of KUWTK, Kris has been an executive producer, who still manages her children’s affairs.

When the show made its debut, Kim Kardashian was 27 and mainly known for her leaked sex tape with rapper Ray J. Others simply knew her as “Paris Hilton’s friend”.

Meanwhile, the 28-year-old Kourtney Kardashian was dating Scott Disick. After having three children — Mason, Penelope, and Reign — with Disick, the couple broke up in 2015.

Khloé Kardashian was 23 when KUTWT premiered in 2007. She is now 36 and has one daughter. She also starred in several other reality TV shows, most recently Revenge Body and The Home Edit.

Kylie Jenner was just nine years old when KUTWT premiered. Kylie’s first appearance on the show caused some controversy at the time.

As Kris told The Hollywood Reporter during an interview: “The water cooler chatter from the first episode was all about [nine-year-old] Kylie jumping on a stripper pole.” But now, later in life, she has been declared a billionaire by Forbes.

Kendall Jenner was 11 when KUTWT started. Now, she is one of the highest-paid models to walk the runway.

In 2007, then aged 20, Rob Kardashian was dating singer Adrienne Bailon. Now the 34-year-old has taken a back seat from the spotlight after a very public break-up with Blac Chyna.

In 2007, Caitlyn Jenner, formerly known as Bruce Jenner, was married to Kris Jenner. Jenner went public as a transgender woman in April 2015.