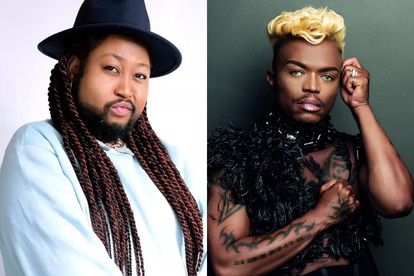 RECAP OF BOITY AND BUJY’S ALTERCATION

Last week radio personality Bujy Bikwa allegedly assaulted media personality Boity Thulo at the Courtyard Hotel opposite Mall of Africa in Midrand. The altercation took place during a conversation about ancestors and traditional healers. Bujy was arrested and spent the past weekend behind bars, where he refused a male jail cell.

The former Metro FM host was granted bail of R2000 on Wednesday 6 October. This was followed by audio clips being leaked which revealed the argument that took place between the pair. This included Boity calling Bujy a “fat f***” and Bujy is screaming that ancestors are fake.

Tweeps were divided on whether the altercation was Gender-Based Violence (GBV) or a matter of alleged assault. This was when Somizi Mhlongo and the abuse allegations made against him by his estranged husband, was dragged into the matter on Twitter. As a result, Somizi began to trend on Twitter.

RECAP OF ABUSE ALLEGATIONS AGAINST SOMIZI

In August, Sunday World leaked audio clips between Somizi Mhlongo’s estranged husband Mohale Motaung and the producers of his reality show. The audio clips revealed Mohale claiming that he was physically and psychologically abused by Somizi.

This led to Somizi having to take some “time off” from his seat on the judging panel of Idols SA as well as his radio gig on Metro FM.

However, it seems some Tweeps thought that was not enough punishment as he is “free as a bird”.

Many Tweeps thought that cancel culture in South Africa is acceptable as both Somizi and Bujy are “free”.

A Tweep thought that there was war against straight men only and not GBV.

“The war is against straight men NOT gender based violence….Somizi free as a bird….Bujy free as well….wake up straight black men, we are an endangered species, they want to see you either broke, in jail or dead. Masculinity is under attack,” wrote the Tweep.

However, another Tweep contradicted the issue, explaining that Somizi was cancelled at the time, while Bujy was not.

Other Tweep seem to think that Somizi and Bujy were not cancelled because of their sexuality.