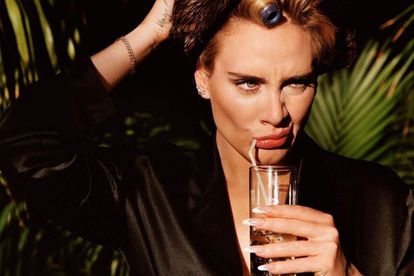 Adele spoke privately to Beyoncé after the 2017 Grammy Awards to tell her how much she meant to her.

The 33-year-old singer famously used her acceptance speech to insist the Formation hitmaker deserved the Album of the Year accolade for Lemonade when she scooped it for her own record 25 and she still believes the former Destiny’s Child star “definitely” should have won.

ALSO READ: Adele reveals how she lost 45kgs, without even trying [photos]

She said: “My personal opinion is that Beyoncé definitely should have won.

“I just got this feeling [when the show started]: I f****** won it. I got overwhelmed, with, like, I will have to go and tell her how much her record means to me. I’m getting a bit emotional.”

The Skyfall hitmaker headed for Beyoncé’s dressing room but struggled to say what she wanted to and cried afterwards, prompting her then-partner Simon Konecki to take her back and the Crazy in Love singer’s publicist to remove everyone else from the room.

“I just said to her, like, the way that the Grammys works, and the people who control it at the very, very top—they don’t know what a visual album is. They don’t want to support the way that she’s moving things forward with her releases and the things that she’s talking about.”

“For my friends who are women of colour, [‘Lemonade’] was such a huge acknowledgment for them, of the sort of undermined grief that they go through. For her to nail that on the head, and also bring in the entire globe?

“I was like, This album is my album, she just knows what I’m going through. That album was not written for me. But yet I could still feel like, This is the biggest gift.”

ADELE’S GRAMMY BLUNDER AND HER LOVE FOR BEYONCÉ

The ceremony also saw Adele – who scooped five awards – break a Grammy onstage, but she insisted it was an accident.

“I was wringing my hands and the gramophone bit came off,” she said.

The gongs handed out on stage are fake, but when the Someone Like You singer later received her real one via mail, that too was broken.

“It got broken when it was getting sent to me,” she said.

Beyoncé means a lot to Adele because the music was her biggest “friend” growing up.

“Music was literally my friend. I was an only child. Music was my sibling I never had. That’s why I love Beyoncé so much. She would put out music so regularly, it would be like seeing her. It really felt like that for me. It made me feel a lot of things,” she said.

ALSO READ: ‘Reduced to just being a housewife’: Ayanda Ncwane on ‘RHOD’