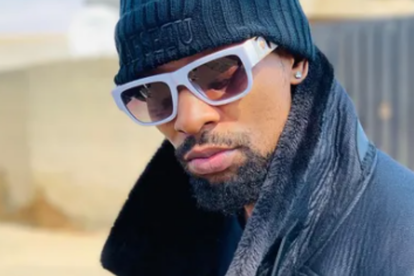 SK Khoza has slammed rumours about his love life. Image via Instagram: @sk_khoza

SK Khoza has slammed rumours about his love life. Image via Instagram: @sk_khoza

South African actor SK Khoza has had his fair share of negative news these days and is evidently tired of it. The former The Queen actor recently sparked a bunch of speculation after posting a photo of a woman and a child with a caption that reads “family over everything”

Naturally many assumed the child was his and that the woman is his “baby momma” but he has since rubbished the speculation.

Last month, SK Khoza went viral after he was recorded behaving quite strangely while going on a crazy rant.

Later on, he apologised for his bizarre behaviour while explaining that he had been in a “dark place” when the videos were taken.

Since then, he sparked relationship rumours after sharing a photo of a woman playing with a baby with a cryptic caption which led everyone to believe that he is the father of the child and she is his baby momma.

“He said to his close family and friends during the lobola that this one is different and is not for media so he will do whatever it takes to protect his family,” a source told local publication Surge Zirc earlier this week .

“Lobola was paid in February. The week after valentine’s. On the 19th of February after the 2 came back from their Valentine’s holiday at the Indaba Hotel in four ways. They stayed there from the 14th till the 17th,” the source stated.

However, immediately after rumours started swirling that he had paid lobola for the woman in the photo in February this year, the actor nipped them in the bud.

“It seems like nobody cares how I am doing, what people like to care about is making up their own stories and the latest one is about my love life.

“Number one I didn’t go to lobola anyone on the 19th of February, if you want to know something about my love life maybe call me I will tell you,”

This thing of just writing about my relationships when you know absolutely nothing about them. Please do yourself a favour ask a nigga first before you go out there and talk sh*t,” he said according to Zalebs.