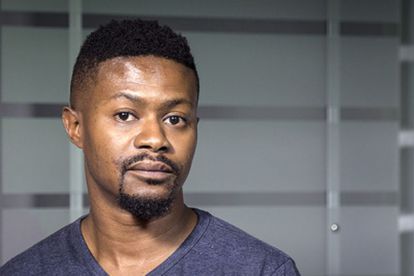 Former Scandal! actor and film director Kagiso Modupe is the latest Mzansi celebrity to face financial ruin due to COVID-19 and the lockdown.

Daily Sun reported that the actor had to surrender his car to Nedbank in 2020 after failing to make payments.

Seasoned actor Kagiso Modupe – who is popularly known for playing the role of Mangi Nyathi in Scandal! lost his vehicle after failing to settle his loan.

Documents seen by the publication reveal that the father of two was unable to settle the outstanding R134k that he owed the bank due to the COVID-19 lockdown.

The People’s Paper has revealed that Nedbank auctioned the actor’s car for R80k to cover part of his debt.

NEDBANK COMMENTS ON HIS DEBT

Vehicle finance expert Vongani Mashile told the publication that most people don’t understand that they still have to settle their debt obligations even after they’ve surrendered their belongings/property.

“After surrendering the car, the bank auctions it, and the money raised from selling the car will be paid towards the outstanding amount of the debt.”

“If the money from the auction is not enough to settle the debt, the remaining amount, called the shortfall, is the responsibility of the customer to pay off.”

Kagiso Modupe also declined to comment on the matter when he was contacted.

Modupe is the second celebrity after SAMA award-winner Zahara who made headlines for her financial struggles.

City Press revealed that the singer is struggling to pay her R1.9 million loan for her Roodeport home and Nedbank could auction off her home to the highest bidder tomorrow (Saturday 7 May).

The Loliwe hitmaker’s R1.9 million loan was finalised on 25 July 2012, but she has been butting heads with Nedbank after failing to repay it.