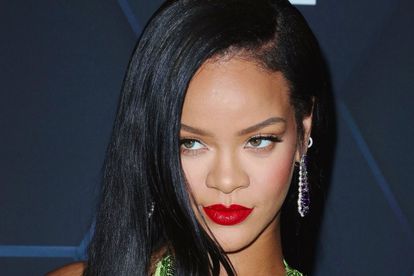 Riri has was spotted shopping for baby clothes. Image via Twitter @rihnavvy

Riri has was spotted shopping for baby clothes. Image via Twitter @rihnavvy

On 31 January, Grammy award-winning singer and businesswoman Rihanna confirmed her pregnancy in a photoshoot with celebrity photographer Miles Diggs aka Diggzy. Fans of the Love on the Brain hitmaker congratulated her but speculated that she would not return to the studio for new music.

In an interview with Entertainment Tonight, Rihanna confirmed that her fans can expect new music from her soon and says her fans would “kill her” if they waited “this long for a lullaby”.

Rihanna’s last album, ANTI was released in 2016. The 16-track album featured Canadian rapper Drake and R&B star, SZA. ANTI is one of Rihanna’s most successful albums to date. The album won Best Urban Contemporary Album and Best Recording Package at the 59th Grammy Awards in February 2017.

Her hit single Work, featuring Drake, won the Record Of The Year award. Since the release of ANTI, Rihanna has collaborated with the likes of R&B artist PartyNextDoor and Future.

Speaking to Entertainment Tonight at a Fenty Beauty and Fenty Skin party in Los Angeles, the award-winning singer said she is enjoying her pregnancy and is “defying” what it means to be pregnant.

The 33-year-old singer also said she has not forgotten about new music for her fans.

“Yes, you’re still going to get music from me.”

“My fans would kill me if they waited this long for a lullaby,” added Rihanna.

In September 2021, she said her next album was “going to be completely different”.

ALSO READ: Rihanna goes risqué by flashing her bump – but fans tell her to ‘cover up’

After years of promising new music, Rihanna’s fans are not convinced by her words.

“When it comes to music I don’t trust Rihanna!” wrote another tweep.