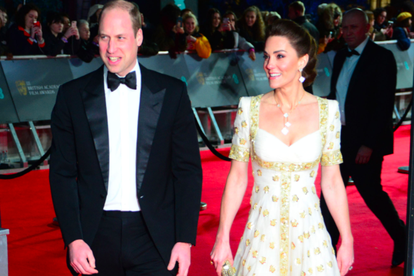 The Duke and Duchess of Cambridge’s former Range Rover is set to be sold at auction for as little as £30 000. The 2013 Range Rover Vogue SE SUV – which was supplied to the royal couple that same year for their personal use – will go under the hammer on May 22.

The vehicle itself – painted in ‘Baltic Blue’ with ‘Almond’ and ‘Espresso’ interiors – boasts a 350 horsepower 4.4-litre V8 diesel engine, with an eight-speed automatic gearbox.

As well as a top speed of 135mph, the specification sheet notes the car – which would normally sell for around £25 000 today without the royal connection – can go from zero to 62mph in 6.5 seconds.

Over the past eight years, Prince William and Duchess Catherine’s former vehicle has a mileage of 38 420 miles.

Meanwhile, William recently sat down with his children – Prince George, seven, Princess Charlotte, five, and three-year-old Prince Louis – to explain to them that their great-grandfather, Prince Philip, had sadly passed away at the age of 99.

William reportedly told them that Philip “is an angel now” as he wanted to break the news to his brood as “gently” as possible.

A source said: “William told George, Charlotte and Louis that Prince Philip has ‘gone to heaven’ and ‘is an angel now’. They’re still so young so he and Kate wanted to let them down gently.

“Naturally, the children are very upset, particularly George and Charlotte. Louis is still very young and had only met Prince Philip a couple of times.”

Meanwhile, William previously said he is keen for his children to “talk about their emotions”, as part of his continued work to make mental health less taboo.

In 2017, before Louis was born, he said: “Catherine and I are clear that we want both George and Charlotte to grow up feeling able to talk about their emotions. For too long there has been a taboo about talking about some important issues. If you were anxious, it’s because you were weak. If you couldn’t cope with whatever life threw at you, it’s because you were failing. Successful, strong people don’t suffer like that, do they? But of course – we all do.”