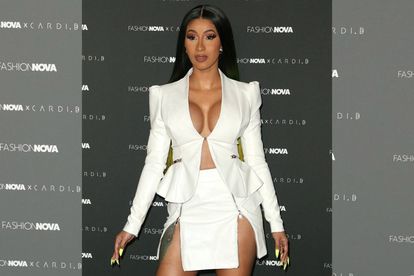 Cardi B has taken aim at Wisconsin politician Glenn Grothman for choosing to publicly criticise her raunchy Grammy Awards performance instead of address the more pressing issue of police brutality.

The Republican congressman used his time on the floor of the U.S. House of Representatives on Thursday to moan about Cardi B’s racy rendition of WAP with Megan Thee Stallion at the Grammys last month, when their steamy primetime TV set sparked over 1 000 email complaints to officials at the Federal Communications Commission.

“I’ve received complaints in my office – and rightfully so – about Cardi B and the Grammys,” Grothman said, sharing: “(Complainents) wonder why we are paying the FCC (and) if they feel that this should be in living rooms across the nation.”

‘MORAL DECLINE OF AMERICA PARTLY DUE TO YOUR UTTER COMPLACENCY’

He went on to namecheck Democratic Vice President Kamala Harris for her prior support of Cardi’s music, and added: “Wake up, FCC, and begin to do your job! The moral decline of America is partly due to your utter complacency.”

However, Cardi didn’t take kindly to her performance being the topic of discussion in Congress, two days after former Minnesota policeman Derek Chauvin was found guilty of the murder of George Floyd during an arrest in May 2020, and amid the fall out following the shooting death of black teen Ma’Khia Bryant at the hands of an Ohio police officer shortly before the Chauvin verdict was announced on Tuesday.

CARDI B FUMES OVER DISCUSSION

Venting about Grothman’s complaints via Twitter, she fumed: “This gets me so mad ya don’t even know! I think we all been on the edge this week since we seen police brutality back to back including watching one of the biggest case in history go down DUE to police brutality but wait ! This is wat state representative decide to talk about (sic).”

Cardi then called out Grothman for failing to help bring justice for Jacob Blake, who was left paralysed from the waist down during an attempted arrest last August, when he was shot seven times in the back at close range by an officer in Kenosha, Wisconsin – in front of his partner and their three children.

“Mind you N**kas can’t give a word about Jacob Blake or give him proper Justice but this part of the reason why !!!!!” the rapper raged.

“They giving seats to F**KIN IDIOTS!! This is why people gotta vote, elect better people cause you got these dum a**es representing states (sic),” she proclaimed.