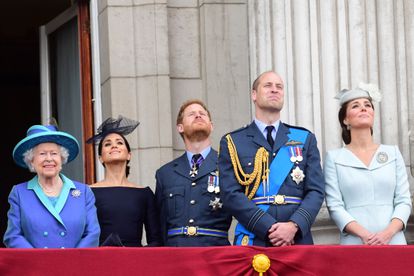 After more than a year of stepping down as senior members of the royal family, Prince Harry and Meghan Markle apparently want to meet with Queen Elizabeth.

Their meeting comes as Prince Harry and Meghan want to introduce the Queen to her namesake and great-granddaughter Lilibet – if she agrees to meet them in the coming weeks. According to a report by The Sun, the Sussexes have offered to fly in to see the monarch — in which will be the Duchess’s first return trip to the UK since March 2020’s Megxit.

It is reported that Harry has made calls to his family as he and Meghan plan a christening for four-month-old Lilibet, possibly at Windsor Castle.

But senior staff are said to be stunned by the request for a meeting amid various ongoing feuds between the Sussexes and the royal family. The monarchy is also braced for the release of Harry’s memoir next year, with the Queen already having to make plans for possible lawsuits.

A surprising move and a trip to the UK

“Harry and Meghan have made this offer but a lot of people are shocked by the sheer nerve of it. They may genuinely want to see the Queen but it’s breathtaking given what they’ve put her through this year,” a source told the outlet.

The source added that the Queen “is still very fond of Harry, and would love to see Lilibet and her brother Archie. But courtiers are surprised by the move, especially from Meghan, after what has happened.”

“Her Majesty’s staff have not responded so far,” the source added. “In fact, there has also been discussion about Christmas — and whether an invitation should be sent to Harry and Meghan after they spurned one last year.”

The British line of succession

Lilibet was added to the royal family’s line of succession in July 2021. She is eighth in line to the throne and shifted the line of succession, which saw Prince Andrew, the Duke of York, moving into ninth place.