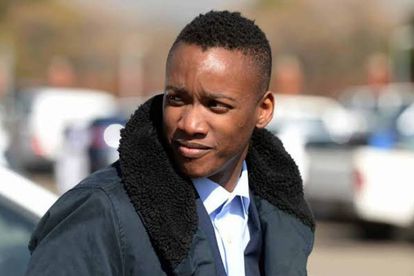 Duduzane Zuma, son of former president Jacob Zuma has yet again fallen victim to the Twitter streets, this time it was for his visit to a rural village after a video of his warm welcome was shared to Twitter on Thursday 2 September.

A social media user who goes by @MaswaziMhlongo on Twitter shared a video of Duduzane Zuma being welcomed into a rural area which Tweeps have identified as KwaZulu-Natal.

“In many areas Duduzane Zuma is welcomed like a president,” read the caption of the viral video.

While many Tweeps like the idea of Duduzane Zuma becoming president, others did not feel the same.

‘LOVED MORE BY WOMEN THAN MEN’

Although women think he’s sexier when mute, Tweeps identified that Duduzane’s “fan base” is predominantly women who tend to find him attractive. A Tweep mentioned that the businessman is “loved by women more than men”.

This turned into a heated conversation as another Tweep stated that its not women generally that are fans of Duduzane Zuma as she believes his fan base of popularity is “naïve girls” and “slay queens”. Slay queens are females who do not generally have a lot of money but want to live a life of luxury.

However, another Tweep was not satisfied with this response saying that the women in the video are happy because it was an occasion to thank them for being frontline workers during the COVID-19 pandemic and many families are “youth headed”.

While others said that more women vote than men.

Twitter users also did not believe the reaction the businessman received was genuine as many thought he “rented a crowd” while others thought he paid people to be there.

Another Tweep simply thought the reaction Duduzane received was nothing compared to a crowd the real “ Kings” Amapiano artists Kabza De Small and DJ Maphorisa could pull.