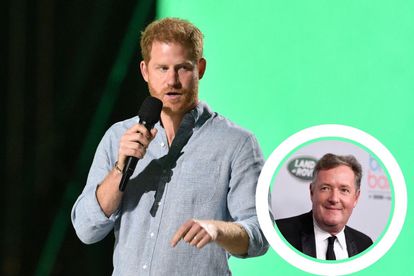 The British television personality, Piers Morgan has hit out at Prince Harry once more after reports claimed the duke took a private jet home from a charity polo match just months after citing climate change as one of the “most pressing issues” in the world.

According to Entertainment Daily, Prince Harry recently boarded the jet belonging to one of his millionaire businessman friends to fly back to his home in Los Angeles.

He apparently spent two hours on the 20-seater Gulfstream jet, travelling from Aspen, Colorado, to Santa Barbara. Piers took to Twitter, to share his frustrations with the Sussexes: “If this two-faced twerp tries to lecture us again about carbon footprints, ignore him.”

He told The Sun: “This appears to be enormously hypocritical, given all his talk about climate change. Harry seems to see himself as someone who guides the rest of the world and that his own behaviour isn’t relevant. It is a huge blind spot.”

In May 2021, Harry told Oprah Winfrey just how important he felt the issue is. During an episode of their mental health series, he said: “I believe even more that climate change and mental health are two of the most pressing issues that we’re facing. With kids growing up in today’s world, pretty depressing, right, depending on where you live, your home country is either on fire, it’s either underwater, houses or forests are being flattened.”

During his recent surprise appearance at the charity Sentebale polo match in Aspen, Prince Harry announced his plans to donate $1.5million to the Sentebale organisation. Harry and his friend Prince Seeiso of Lesotho co-founded the charity in 2006.  It raises funds for children affected by HIV in Africa.

He pledged money from the profits of his forthcoming memoirs to cover the bill.

“This is one of several donations I plan to make to charitable organisations. I’m grateful to be able to give back in this way for the children and communities who gravely need it.”

He continued: “The Sentebale Polo Cup is critical to securing the funds needed to advance this important mission.  I’m thrilled to be able to support Sentebale, both in person and financially through a separate charitable donation to meet this immediate need.”