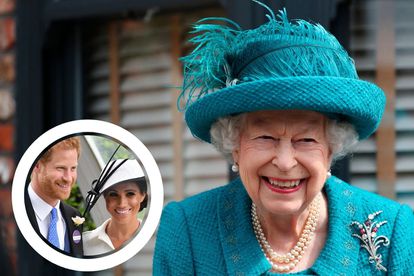 Queen Elizabeth II is ‘getting lawyered up’ in response to claims from Prince Harry and Meghan Markle, according to a new report.

Queen Elizabeth is ‘getting lawyered up’

A royal source and The Sun reported that senior palace aides are in talks with libel experts amid the ongoing drama and feud between the Duke and Duchess of Sussex and the rest of the royal family.

“The feeling, coming right from the top, is that enough is enough,” a royal source told the paper. “There is a limit to how much will be accepted and the Queen and royal family can only be pushed so far,” the source went on. “They are getting lawyered up. Harry and Meghan will be made aware and know repeated attacks will not be tolerated.”

Meghan and Harry stepped down as senior members of the royal family in 2020 and moved to California. The couple has been very vocal about the royal family and their personal feelings. Now, the queen’s team is considering sending legal warnings to Penguin Random House, which will publish Prince Harry’s ‘intimate’ memoir next year.

“If someone were named in the book and accused of something directly, that could be a libel and also infringe their rights to a private family life,” the source went on. “It would be ironic if Harry and Meghan were accused of breaching privacy given their pronouncements on the subject.

“The legal team could also contact publishers of the book to ask for an advance warning of its contents and a right to reply. There are concerns that the American public are falling for what Harry and Meghan say.”

The Duke and Duchess of Sussex welcomed their second child Lillibet Diana in June. They are said to be “thriving” and are “really excited” about the busy schedule ahead following the end of their parental leave.

As of recently Omid Scobie, the preferred reporter of the Sussexes – who co-authored their biography Finding Freedom – confirmed that Harry and Meghan will return to public life after “keeping toxicity away”.

“They’re a couple who do very well in those moments of human interaction. They need to be on the ground,” Scobie told People. “They say that the proof is in the pudding, and what we are about to see is that pudding.”