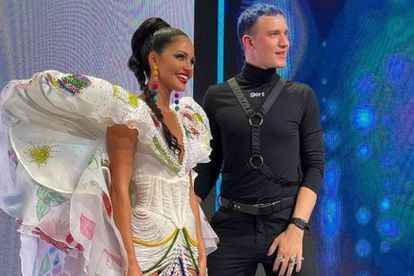 Coetzee and Visagie are no longer living together according to a Sunday World article published on Sunday 22 August.

A source close to the pair have informed the publication that Visagie moved out of their Linden home as they are have fallen out of love and their relationship was getting toxic.

The source added that the pair realised that their relationship has run its course though they still care for each other.

“We are not sure what will happen in terms of business because they were partners in the business as well.”

Visagie isn’t only a husband to his famous partner, but also the brand manager for his luxury fashion label.

Coetzee’s estranged husband confirmed to Sunday World that he has moved out when he was contacted:

“Yes, I have moved out of our house about four months ago,” Visagie said.

“But the reason for moving out is because I am a spiritual healer and needed a calmer energy so I can be able to do my work and heal people, while Gert is busy with his business.”

The fashion designer refused to comment and referred the paper to his publicist when he was contacted.

Coetzee and Visagie tied the knot in an intimate ceremony at a nature reserve near Wolmaransstad in April 2014.

They were in an relationship for nearly nine years and engaged for five years before getting married.

The pair’s extravagant wedding was televised on SABC3’s lifestyle programme Top Billing and their wedding was attended by Mzansi’s A-list celebrities, such as “bestie” Bonang Matheba, entrepreneur Basetsana Kumalo, singers Lira, Tamara Dey, and many more.