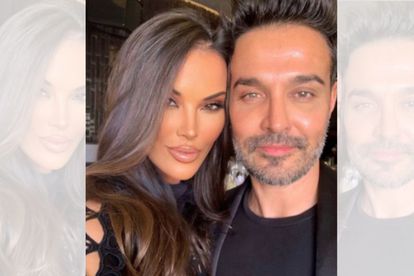 Since Tang Sandton became a top spot foodie spot in Johannesburg, its owner Nicky van Walt decided to add another item to his bucket list, by launching his very own rosé wine.

After Nicky and his wife, Lee-Ann Liebenberg’s marital issues made headlines in South Africa, the pair looked like a happy couple at the launch of the wine label, named after one of his children.

According to The Citizen, deriving from the French word merveilleux, Mira which means wonderous in French and incorporates the word “belle”, which means “beautiful”. Gabriella is the name of his youngest daughter.

At the launch, Nicky said that the rosé is a mixture of his memories of the Cape Winelands and the true nature of rosé’s made in Southern France.

It is reportedly made from old wine grapes and is harvested earlier giving it a light and crisp taste. Harvesting the grapes earlier is intentional to ensure a low sugar content and balanced acidity.

Crafted from old vine Cinsault and Mourvèdre grown in the Swartland, it features notes of cherry, strawberry, and candyfloss, a subtle rose petal perfume, and a finish of lemon twist. It will be sold at the Norman Goodfellows retail stores in 750ml or 1.5 litres.

Van der Walt says the rosé is a good pairing all day from brunch into dinner, using the catchy “rosé all day” phrase. He thanked his wife, Lee-Ann and their kids, for her support and for allowing him to chase his dreams.

TimesLive caught up with the couple, asking them about their relationship status, to which Nicky replied: “At the end of the day, our family are together, and we are committed to each other,” said Nicky. To which Lee-Ann added: “We want to grow old together.”