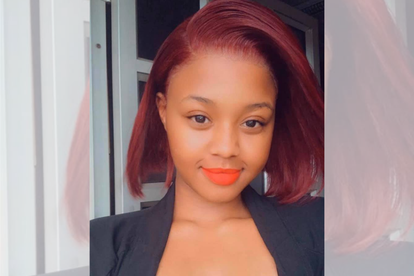 Babes Wodumo has found herself topping South African Twitter trends this week. Firstly, because locals just can’t stop comparing her career to that of dancer Kamo Mphela and secondly, because of a worrying clip that has been doing the rounds. In the clip, Babes is surrounded by local police officers as she shouts and performs at a petrol station.

The Gqom Queen has since provided an explanation of her “petrol station performance”. Take a look at what she has to say.

Babes Wodumo is no stranger to controversy and topping trending charts. When she is not slamming single mothers in bizarre clips, she seems to be arguing with police officers at petrol stations.

The self-proclaimed Gqom Queen left many of her fans concerned when she was spotted in a video clip involved in what looks like an altercation with local law enforcement at a petrol station. In the clip, Babes — wearing a green wig — is seen screaming for help while police officers try to subdue her.

The clip saw Babes trending as South Africans wondered what was going on in the young star’s life this time with some claiming that the star was drunk. While people speculated about whether it was actually her in the video, she has now come out to confirm that she was indeed the distraught woman.

Both Babes and her manager tried to do damage control after the clip started circulating and let’s just say, tweeps are unconvinced. Taking to her Facebook page, the singer said that the clip forms part of a new music video she is shooting.

Many people pointed out that there were no cameras in the vicinity and of course, are convinced that her explanation is just part of a big cover-up. In fact, as the comments were streaming in at a rapid pace, Babes closed the comment section of her post.

“Heartbroken after seeing @BABESWODUMO this drunk in Westville this weekend, cops tried to help but she kept screaming help,” wrote @ky_bizana

ALSO READ: ‘A man ruined it for her’: Tweeps compare Babes Wodumo to Kamo Mphela