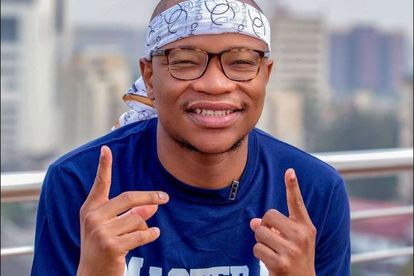 The Limpopo-born hitmaker is being sued by music composer Ntimeng Chris “Chamza the DJ” Chauke.

A letter from his legal representative states that the DJ is demanding compensation for his work on the song and an apology for not being credited on the song.

“Back in August 2019 our client, Chris Chauke was contacted by Master KG and invited to come and record a track in Johannesburg, Midrand to produce a song.”

“Our client was responsible for originating the song.”

“He also authored, composed, and produced the original song (Jerusalema) which was released by Master KG and Open mic production.”

According to the statement, Master KG was not present when the song was being arranged and did not contribute to the song creatively.

Chamza’s legal representative state that the he’d hoped that Master KG will contact him when the song got released and trusted that he will be compensated accordingly but that never happened.

Nomcebo Zikode, the voice behind the ‘Jerusalema’ 2020 global hit, revealed that she is suing the record company for royalties in July.

While the Limpopo-born musician continued to tour the world and received accolades for the hit song, Nomcebo Zikode stated that she was still running behind his allowances.

She broke her silence on social media and claimed that she was not paid for the hit song.

“Thank you to all the fans of Jerusalema you have made my dreams a reality, with attaining a global hit song.”

“My voice and lyrics have transcended globally, but I still await what is due to me.”

“I have not been paid a cent by the label for (Jerusalema), despite the song’s global success.”

“I have been ridiculed, with efforts to marginalise my contribution”

Also read: Nomcebo Zikode: ‘I’ve not been paid a cent for Jerusalema’