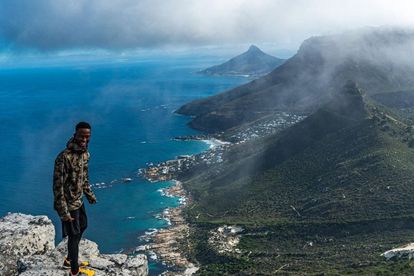 Television personality Katlego Maboe opened up about his journey to find happiness again via an Instagram post on Saturday 13 November.

KATLEGO MABOE REFLECTS ON HIS JOURNEY OF HAPPINESS

The former Expresso Show presenter’s life began to go downhill after the mother of his child, Monique Muller accused him of giving her an STI and cheating on her. There were also claims of domestic abuse. As a result Katlego lost his job on Expresso Show, as well as his OUTsurance presenting gig.

Since then Katlego has kept a low social media profile. He has only posted a handful of times this year. In his latest Instagram post, he reflects on his journey back to happiness.

“It’s taken some time, much more time than I would’ve liked or expected of myself, to get to this point. A place where I could honestly smile again, feel again and laugh from the bottom of my belly. I am grateful that I am here – now,” wrote Katlego.

TAKING A HIKE WITH ‘MATERNAL FIGURES’

The television personality mentioned that he met a group of elderly women on his hike and they each felt like a maternal figure that once touched his life.

“On this morning’s hike, we met a group of elderly ladies going along the same route up the mountain. As they laughed and bantered amongst each other, I allowed myself to be fully immersed in their energy and embrace – each one of them feeling like a maternal figure that has once touched my life, full of love, warmth and compassion,” he continued.

“They were a group of friends, the oldest among them 63 years old, who have supported each other throughout their lives – the “ride or die” kind of crew whose love for one another was as a tactile tapestry across time. They were energy, they were poetry and music with a beat all their very own,” he added.

Katlego went on to say that he is humbled he got to experience a glimpse of their world.

“I am humbled that I got to experience a tiny part of their world – surely an ideal to strive for. My wish for you is that you will find that tribe and that you will hold them dear all the days of your life. Let them know how much they mean to you and love them boundlessly,” wrote Katlego.

The former Expresso Show host’s Instagram post follows his friend Sipeto Loyiso Gancam making four bombshell allegations about his relationship with Monique. While Monique’s friend may have jumped in to defend her, the model remained unbothered revealing a new man in her life.