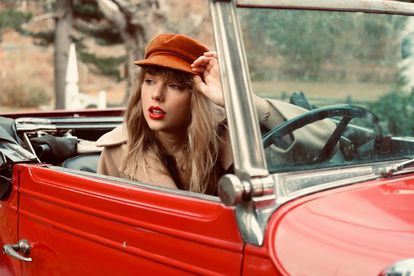 Beauty experts Cosmetify have analysed data from the search engine and found interest spiked within hours of the re-record of the superstar’s 2012 LP dropping.

A spokesperson for www.cosmetify.com said:

“The highly anticipated re-release of Red (Taylor’s Version) was certain to spark worldwide attention, so it’s no surprise that interest for Taylor Swift’s signature red lipstick has skyrocketed 669% since its release.

“Red lipstick is a popular look for many celebrities, but it’s rare that we see Taylor Swift without her trademark lips. From matte to gloss, red lipstick is a staple look all-year-round, especially during the festive season.”

“This trend is likely to continue throughout the day due to the release of the long-awaited ‘All Too Well’ short film, starring Sadie Sink and Dylan O’Brien, which is being released at midnight tonight.”

The I Knew You Were Trouble hitmaker rocks her signature pillar box red lip on the album cover.

As well as her bold lipstick, Swift wears a $7,390 (R113 169) diamond ‘Love’ ring on the cover. And fans have the chance to own a budget version of the dazzling sparkler.

The Shake It Off hitmaker teamed up with jeweller Cathy Waterman and her daughter, Claire Winter Kislinger, on the replica of the pricey piece – which she gifted the pop icon when she was making the record in 2011.

And, in return, the Grammy-winner played the mother-and-daughter duo her new recordings of the songs from Taylor’s seminal LP.

In a statement, Waterman said:

“If I could, I would tattoo my love on all my people, and creating the ‘Love’ ring was the closest I could get to that idea. It was wonderful that Taylor spent time with us, cooking and baking pies, and playing her new music, which made us feel a part of the process. It warrants being an unofficial member of the family.”

“Our friendship has always been really important to me. Taylor is such a steady, reliable friend. The collaboration is significant to me personally and for the brand as well. My mom has always said that the people she wants to be associated with most are talented, strong, hard-working women. Check. Check. Check.”

The $45 (R689) version is made from silver-plated metal and cubic zirconia.