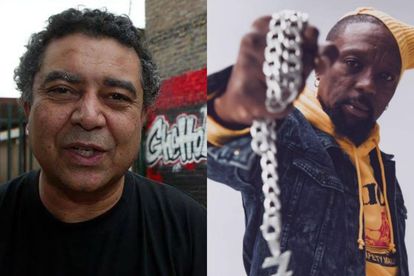 Lance Stehr has been in the South African music industry for more than 30 years, working with artists like DJ Cleo, Brown Dash, Vusi Nova and Nathi. The music executive was MacG’s latest guest on Podcast on Chill on Thursday 15 September. Stehr spoke on several topics including his fallout with kwaito star Zola 7. He told MacG that his problems with the Ghetto Fabulous hitmaker did not start over money.

ALSO READ: ‘Ready to work!’ Zola 7 is back and feeling more energised than ever

LANCE STEHR SPEAKS ON HIS FALLOUT WITH ZOLA 7

Zola 7 was once signed to Ghetto Ruff, a local record label founded by music executive Lance Stehr. Things turned sour between them and the kwaito star eventually left the record label. In a 2021 interview with MacG, Zola 7 claimed that Stehr paid journalists and his baby mama to “attack” his career.

In an interview with MacG on 15 September, Stehr said his feud with Zola 7 was not over money. He claimed that things went wrong after finding out Zola was having an affair with a booking agent.

“She was running a parallel company next to our company and we didn’t know about it and then when we uncovered that and found out we had to lay charges against her,” said Stehr.

“You didn’t have to do a smear campaign against Zola, the reason why he lost a Cell C deal was that he beat up his girlfriend and pushed her through the window and then said I planted the girlfriend and I don’t know who the f*cking girlfriend is,” said Stehr.

The music executive also claimed that because of a clothing deal Zola secured with Edgars, he could’ve ”easily”  been the first South African artist to become a billionaire.

Weighing in on Lance Stehr’s claims about Zola 7, tweeps had mixed feelings about the music executive. One tweep said Stehr’s appearance on Podcast and Chill was only relevant because he spoke about the kwaito star.

“It’s pretty crazy that the Lance Stehr episode of Podcast and Chill is only relevant cause he spoke about Zola. Man himself is relevant because of Bonginkosi Zola Dlamini,” wrote one tweep.

“Lance Stehr was economical with the truth regarding Zola 7 did not really say much, one fact is that women ruined him,” wrote another tweep.

“I like Lance Stehr’s interview. I’m glad he set the record straight on Zola 7 who blew his money on woman, alcohol, and drugs but today blames Lance and epilepsy.”