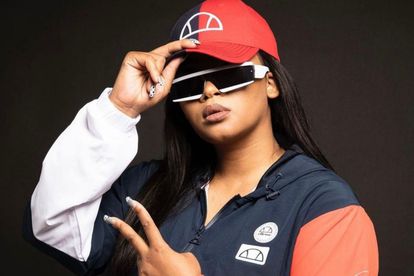 Amapiano star Lady Du announced her separation from long-term partner Andile Mxakaza earlier this month, mentioning that the decision was mutual. In a recent Instagram post, the Umsebenzi Wethu vocalist slammed claims that she was with Mxakaza for money.

According to Drum, Lady Du and Isibaya actor Andile Mxakaza were together 12 years ago before separating. The pair reconnected in April 2020 and in August the same year, Mxakaza asked Lady Du to marry him.

Lady Du announced their separation on 9 January and addressed internet trolls who “attacked” the decision.

“We did not breakup, we followed our hearts and that meant separating before things went south.”

“We also realised we want different things. So we are both happy with the decision and we ask that you kindly respect it. It hasn’t affected any of us. Let it not affect you or make you sad,” wrote Lady Du.

ALSO READ: ‘I feel free’: Lady Du is in a ‘happier place’ since breaking up with Andile

After their separation, tweeps claimed that Lady Du dumped Andile Mxakaza because he “ran out of cash” after Isibaya was axed. “She lost love for him hence her love & loyalty were tied to his possessions,” wrote the tweep. Lady Du addresses the claims in a lengthy Instagram post highlighting that she has always made her own money.

“At 16 I already had my first car. After school, I travelled the world working on a cruise ship. The pictures you see there are not of me standing in front of people’s cars, those are all the cars I owned.”

“My life has nothing to do with anyone! One thing I will not allow is for people to even think any of my stuff was built by someone else. I have worked at Checkers before, I have worked fixing cars at my dad’s workshop, worked in logistics, for radio!!!”

“I have never ever been with anyone for money. It’s purely out of love when I date, one thing I appreciate that my dad taught me is to never put a price tag on love because when the price is no longer there, you’ll be the most miserable person ever.”

Lady Du has already hit the ground running with her 2022 music releases. The amapiano star featured on 9umba, Toss and Mdoovar’s viral Umlando track that sparked a vibey dance challenge.

She also teamed up with singer-songwriter Mbuso Khoza on a track titled Uthando.