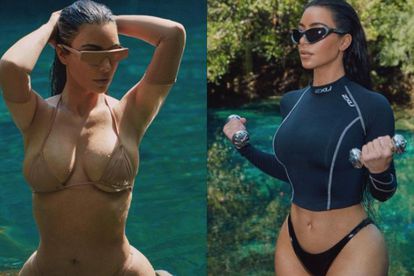 Kim Kardashian opens up about her Sports lustrated cover on ‘The Kardashians’. Images via Instagram @kimkardashian.

Kim Kardashian opens up about her Sports lustrated cover on ‘The Kardashians’. Images via Instagram @kimkardashian.

American reality star Kim Kardashian stunned on the cover of Sports Illustrated but nobody knew how sick she was when shooting for the magazine cover, as revealed on the latest episode of Hulu’s The Kardashians which aired on Thursday 9 June.

Kim Kardashian flew out to the Dominican Republic to shoot the cover of Sports Illustrated which was shown on the latest episode of Hulu’s The Kardashians. She decided to kill two birds with one stone and shoot a Skims campaign while there.

Kim’s cover photos look stunning but nobody knew how sick she really was at the time.

“Today is the big day. I’m shooting the cover of Sports Illustrated and I feel like absolute s***. I want to die,” she said.

The Skims founder revealed she tested negative for COVID-19 but she was still not feeling good.

“I just want to give up today. I don’t know how I’m going to push through. I can’t really function. I’m just trying to be professional,” she says on the phone with Khloe.

THE REALITY STAR SAYS SHE WOULD NEVER CANCEL

Kim went on to say that she was just pushing through how unwell she is feeling because she did not want to cancel.

“It kills me because she looks so amazing, you’ll never know she feels like total dog food,” said MJ Day, Editor-in-Chief of Sports Illustrated Swimsuit.

The reality star also expressed that she feels like all her dreams are coming true from her Vogue cover to her Balenciaga campaign.

“Things I never even thought I would do I’m doing them but I feel like the universe is rewarding me and this is the year of me and to do what I want and what makes me happy. It almost feels like all my dreams are coming true,” she continued.