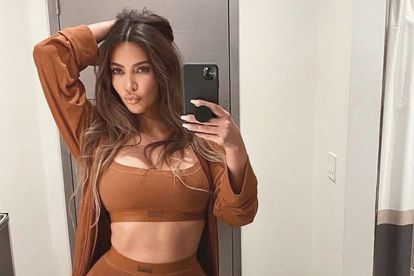 American reality star Kim Kardashian revealed that she did not pass the baby bar exam in a clip of Keeping Up With The Kardashians that was released on 24 May.

Aside from being a reality star and a successful business owner, Kim Kardashian decided to follow in the footsteps of her father, Robert Kardashian, by studying towards her law degree. Robert Kardashian was a popular American attorney who represented OJ Simpson in his infamous murder trial back in 1995.

In earlier episodes of the 20th season, Kim could be seen studying for the baby bar exam. She said for six weeks straight she dedicated 10 to 12 hours a day to studying. However, in the latest clip of the series, she reveals that she did not pass.

“So you guys, I did not pass the baby bar,” said the reality star to her sisters.

Kim went on to explain that she is doing a four-year law school programme instead of the typical three-year programme. After the first year, law students are required to take a one day examination called the baby bar.

The Skims owner needed a score of 560 but only got 474 However, in true Kim Kardashian style, she is not giving up. In an Instagram story, a social media user asked her how she is finding the bar exams and she responded,

“Extremely difficult, unfortunately I haven’t passed yet but I’m not giving up and I’m preparing to take it again soon,” wrote Kim Kardashian.

KIM KARDASHIAN ON NOT PAYING EMPLOYEES

Aside from wanting to become a lawyer, Kim is also being sued by staff members who claim she has not paid them. Seven members of her domestic staff claim that they were not paid enough or given breaks while employed at her California home.

However, Kim says she has paid the vendor and it was their responsibility to pay their staff.

In an Instagram story today, 27 May Kim responded to a question asking if she pays her employees.

“Absolutely, I respect people for their time and their hard work and unfortunately these workers are suing the wrong person. I paid the vendor and its their job to pay their staff. I hope that they are able to get this issue resolved soon,” wrote Kim Kardashian.