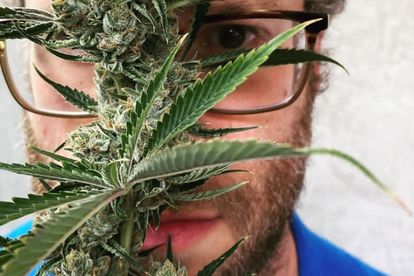 Actor, writer, comedian and producer Seth Rogen has made some pretty weird statements in his Yearbook which was published earlier this month on 11 May.

According to Rogen, the book is a collection of “true stories that I desperately hope are just funny at worst, and life-changingly amazing at best”.

The memoir covers the actor’s personal life and includes his use of cannabis as “intrinsic” to his daily “functionality”; anecdotes about his grandparents, bar mitzvahs, Jewish summer camp and his adventures in Los Angeles.

In an interview to promote his memoir on Sky News, the actor spoke about his daily use of cannabis in a chaotic talk with the host who had to later apologise for the use of “strong language”.

“I do, I smoke cannabis all day every day. I have for the last 25 years or so I would say. It’s something that is intrinsic to my day to day functionality,” said Rogen on Sky News.

He also stated that the idea of people who smoke cannabis “being lazy” is “deeply rooted in racism”.

In several states in the US, including California where Rogen was speaking from, the use of cannabis has been legalised.

In keeping with the talk of cannabis, in an interview with Daily Beast, Rogen revealed the experience he had when he met rapper Snoop Dogg for the first time. He recalled how Snoop Dogg has a blunt roller, someone who tags along his inner circle with the sole purpose of rolling blunts.

“I arrived at the studio, and soon after, Snoop comes in with, like, four or five people, one of whom is a blunt roller, as in someone whose only job is to roll blunts,” wrote Rogem, via a text to Daily Beast.

Rogen also revealed that Snoop Dogg called in a group of women to help inspire him to write a rap verse.

“The guy left, and within thirty seconds he returned with five or six women who were very much dressed like strippers at the start of a routine. The producer blasted the beat, and the women danced and drank while Snoop wrote a rap verse on his BlackBerry,” he added.

Although Rogen seems to be a big fan of the use of cannabis, he feels differently about alcohol.

“I personally think alcohol – and I know this is the last thing British people want to hear – but on the grand scale of things we put in our bodies to intoxicate or remove ourselves from our normal baseline of functionality, alcohol is not a good one,” said Rogen to Sky News.

“It’s high in calories, it gives you a hangover. There are other things we can be putting in our bodies that have less calories and don’t make you feel bad the next day, but they are much more stigmatised than alcohol,” he added.