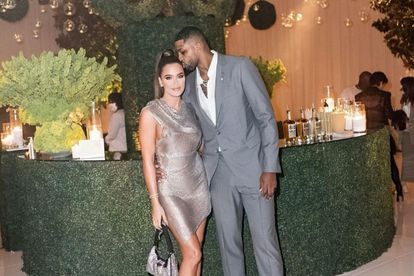 American reality star Khloe Kardashian said that there are many good sides to her ex-boyfriend and “baby daddy”, professional basketball player Tristan Thompson on Dear Media’s Not Skinny But Not Fat podcast on Tuesday 24 May.

KHLOE SAYS THERE ARE ‘SO MANY GOOD SIDES’ TO TRISTAN

The pair managed to reconcile afterwards but Tristan cheated some more. The basketball star made headlines in December 2021. This was a woman named Maralee Nicholas claimed Tristan fathered a child with her, while he claimed to be “engaged” to the reality star.

Tristan later publicly apologised to Khloe when it was confirmed that he is in fact the father of Nichols’s child. Khloe is now saying that there are “so many good sides” to Tristan that nobody gets to see – on Not Skinny But Not Fat podcast on Tuesday 24 May.

“It’s sad because, like, there’s so many good sides to him as well, but no one gets to see those ’cause they’re all overshadowed by, like, the personal stuff that’s going on between him and I,” she said.

Khloe went on to say that many women are likely to resonate with what she is going through.

“I doubt I’m the only human being. I hope not. Well, I don’t want anyone to go through that,” she said.

The Kardashians star acknowledged that “everyone makes mistakes” and Tristan may be a good person but he is not a good partner for her.

“I want everyone to still have like a fair shot at just being happy and having a good life. So I don’t ever encourage anyone to just, like, jump on that bandwagon, but I also think people can have their own feelings and do what they want,” she continued.

“But he’s always going to be in my life because of True, and he’s a great dad, and that’s all I really need to focus on,” she added.