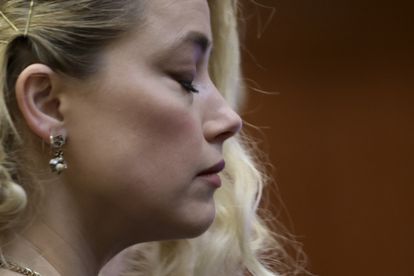 US actress Amber Heard waits before the jury announced a split verdict in favor of both Johnny Depp and Amber Heard on their claim and counter-claim in the Depp v. Heard civil defamation trial at the Fairfax County Circuit Courthouse in Fairfax, Virginia, on June 1, 2022. Image by EVELYN HOCKSTEIN / AFP

US actress Amber Heard waits before the jury announced a split verdict in favor of both Johnny Depp and Amber Heard on their claim and counter-claim in the Depp v. Heard civil defamation trial at the Fairfax County Circuit Courthouse in Fairfax, Virginia, on June 1, 2022. Image by EVELYN HOCKSTEIN / AFP

Amber Heard set her sights high in her hopes of securing $100 million in her countersuit against ex-husband Johnny Depp. But instead, she has been faced with a $15 million bill after losing her defamation lawsuit.

To make matters worse, Amber is also expected to cough up a mountain in legal fees resulting from the high-profile six-week trial. The Aquaman actress is also liable to pay the balance owing of her divorce settlement to charity.

But where will she get the money from?

AMBER HEARD’S NET WORTH IS LESS THAN DAMAGES

According to Celebrity Net Worth, Amber Heard’s total net worth is said to be in the region of $8 million, although some reports put it as low as $2.5 million. This includes money earned through movies and her role as a L’Oréal spokesmodel.

In contrast, Johnny Depp is worth a reported $150 million fortune.

In the judgment read on Wednesday, the jury initially awarded Johnny $15 million: $10 million in compensatory damages and $5 million in punitive damages. However, the punitive damages were dropped to $350 000 as per state laws in Virginia.

Amber Heard was also awarded $2 million in compensatory damages, meaning she will have to pay her ex-husband the balance of $8 million in damages.

Despite earning $3.45 million for a four-picture deal with Warner Brothers over her Aquaman role, Amber Heard’s legal team testified that she had lost up to $50 million in endorsements and TV and film income due to the legal battle. If she sees fit, Amber Heard is entitled to file an appeal on the judgment, which could be significantly lowered.

The laws of the state dictate that Johnny Depp also has 30 years to collect his judgment. If Amber Heard claims she is unable to pay the judgement, Depp is entitled to see her financial records.

According to MailOnline, the court may choose to garnish her future wages, if it is found she has the requisite earning potential.

WHAT ABOUT THE DIVORCE SETTLEMENT?

Adding to her judgment is the fact that Amber Heard is still owing the balance of her $7 million divorce settlement to charity. Amber and Johnny Depp divorced in 2017 after tying the knot in 2015.

In 2017, Amber Heard publicly pledged to split her entire $7million divorce settlement equally to two charities. They were the Children’s Hospital in Los Angeles and the American Civil Liberties Union. But during her cross-examination earlier in the trial,  the court heard how Amber had “not yet” made the donations. This, despite telling a UK court in 2020 in a libel lawsuit that she had.

Amber claimed the delay was “because Johnny sued me for $50million in March of 2019”.  She added: “I still fully intend on honoring all of my pledges. I would love him to stop suing me so I can.”

According to a former prosecutor, Amber Heard purposely withheld the money due to her own financial constraints. Neama Rahmani told The Daily Beast: “She kept the $7 million because she had to pay for legal fees. The question is whether Johnny Depp is really going to enforce the judgment against his ex-wife. Is he really going to take her wages? She may have to raise her bank accounts in order to do so.”

On the flipside, Johnny Depp has repeatedly said that his motive behind the trial was not about the money, but “the truth”. The legal expert added: “This whole trial is about more than money.  It’s about vindication and about setting the facts straight.”