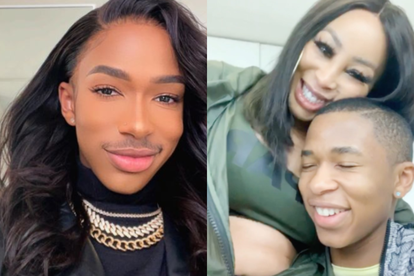 Lasizwe and Khanyi Mbau aren’t as close as before. Images via Instagram: @lasizwe

Lasizwe and Khanyi Mbau aren’t as close as before. Images via Instagram: @lasizwe

South African celebrity siblings Khanyi Mbau and her brother Lasizwe have always been sibling goals but it appears to be dying out. The pair aren’t seen together anymore and this left fans very worried about their relationship. Looking to ease their minds, the famous YouTuber shared that he and Khanyi have undeniably drifted apart and according to him, there are a number of reasons behind this sad shift in their lives.

Lasizwe opens up about relationship with Khanyi Mbau

Award-winning content creator Lasizwe Dambuza and his sister Khanyi Mbau are definitely popular in South Africa – especially because of their close relationship as celebrity siblings.

This is why many people shared their concerns over their relationship after noticing that Khanyi and Lasizwe no longer appear to be spending time together.

Taking to Instagram in a candid Q&A session, Lasizwe explained that the two have indeed drifted apart and it’s mostly because of their busy schedules.

A tough year and a memorable romance

According to him, they have also had a very strenuous year and it definitely took a toll on their relationship.

“We aren’t that close anymore. This year really tested us as work on both ends got hectic and we just didn’t have time to see each other like we used to,” he said.

He said their relationship has been strained by their busy schedules.

“Our relationship also contributed to us not seeing each other as in her free time she would go to Dubai and in my free time I would be in Cape Town,” he wrote.

Meanwhile, he also answered questions about his live life and his past relationship with Livy Sibeko. According to him, the relationship is one he will treasure forever.