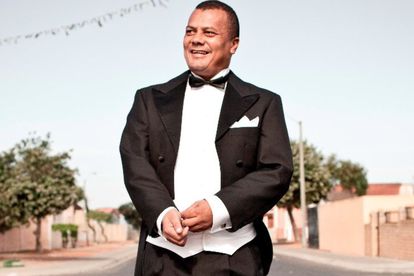 Former SA’s Got Talent winner and opera singer James Bhemgee passed away on Wednesday 22 June after suffering from a chronic illness which led to a heart attack. The 57-year-old, who wowed South Africa with his tenor voice, was a street sweeper before rising as an opera singer and performing alongside Welsh singer Katherine Jenkins and Dutch violinist André Rieu, to name but a few.

Speaking to CapeTalk’s Lester Kiewit, Cape Town’s Artscape Theatre CEO Marlene le Roux said it was sad that Bhemgee died in poverty and that the country should do more to support its artists.

Bhemgee was laid to rest on 2 July in Mitchells Plain.

In a radio interview with Lester Kiewit on The Morning Review on 1 July, Marlene le Roux said Bhemgee’s death reveals how South Africa neglects its artists.

Following his SA’s Got Talent win in 2010, Bhemgee caught the attention of the country, but later fell from the spotlight, ultimately dying in poverty after battling a chronic health condition for years.

Le Roux highlighted that due to the lack of financial support, artists suffer from poor economic conditions.

“There’s a bigger aspect that we also need to tackle and I think we need to open it and we need to discuss it…An artist would earn money [but] how do we nurture the artists to say, ‘What are you going to do with the money?’ because the artist lives from hand-to-mouth and that is the essentials that we need to look at.”

“On top of it, sometimes the artist will have one gig a month and the artist must still pay tax as well,” added Le Roux.

Le Roux also highlighted the lack of support for local artists from the South African government. She added that during the COVID-19 pandemic, the Artscape Theatre never closed its doors to the opera singers, so they had space to rehearse.

“We put so much into sports, athletes, soccer, rugby, you name it, but we put so little effort into our artists. I want to say it on record.”

Hundreds of Bhemgee’s closest friends, family and industry colleagues came together on Saturday 2 July to bid farewell to him at the Orion Church International in Mitchells Plain.

As per The Daily Voice, local muso Dean “D’Low” Louw, paid tribute to Bhemgee with a heartfelt speech.

“His fame never went to his head and even though he was a vibrant person, he was also a very kind-hearted, soft person,” said Louw.