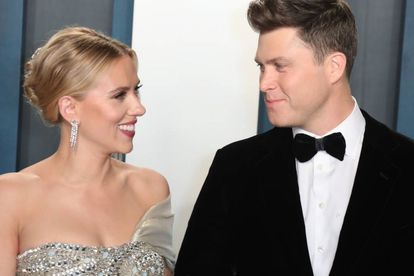 Colin Jost has confirmed he and wife Scarlett Johansson are expecting a baby.

The Saturday Night Live head writer reportedly confirmed the news at his stand-up show in Connecticut over the weekend.

“We’re having a baby, it’s exciting,” quipped the comedian between punchlines, confirmed by an attendee in the audience who spoke to the New York Post’s Page Six.

A different source spoke to the publication in July about the surprise pregnancy.

In a statement, the anonymous tip said the actress “wasn’t doing many interviews or events” to promote her latest film Black Widow, which she starred in and executive produced, because the couple wanted to keep the news under wraps.

In the interviews she did do, Johansson appeared virtually and was only shown from the shoulders up.

The actress shares a six-year-old daughter named Rose with her ex-husband Romain Dauriac. She tied the knot with Jost in October after three years of dating.

The 36-year-old is in the midst of a heated lawsuit against Disney over the film, accusing the massive media conglomerate of breaching her contract by making the film available on streaming service Disney+ at the same time as cinemas.

According to the suit, the Marvel star claimed that she had lost out on the compensation she would have received if Black Widow had an exclusive theatrical run.

The Ghost World actress has signed on to appear in Wes Anderson’s next project, which is currently filming in Spain. Actors Tom Hanks, Margot Robbie, Tilda Swinton, Bill Murray, Adrien Brody, and Jason Schwartzman are also set to star in the feature.

Sit back, relax and enjoy the game!