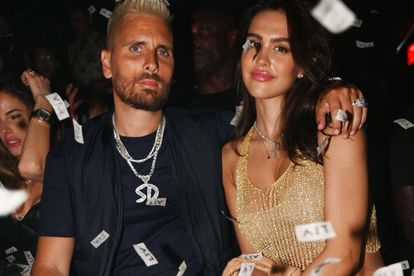 Scott Disick has revealed the most important style advice he learned from the Kardashian sisters. The TV personality dated Kourtney Kardashian from 2005 until 2015 and made numerous appearances on her family’s reality show, Keeping Up with the Kardashians.

But while Disick is known for his own sharp sense of style, in an interview with The New York Post’s Page Six, he admitted that he has learned a thing or two from the famous siblings.

“The one thing I would say I learned from the girls is to always look your best, because there is a high probability that someone is going to take your picture no matter where you’re at,” he shared.

In addition to heading up creative direction of his fashion brand Talentless, which offers a range of T-shirts and streetwear items, Disick also recently became a partner in hair company In Common Beauty.

And he credited a certain Colombian singer as being the inspiration for his latest round of hairstyles, including a platinum blond crop and buzzcut.

“I went to Miami and hung out with my friend Maluma, and he always has the best hair – so he gave me the inspiration to try and experiment, and it’s been a lot of fun,” the 38-year-old smiled.