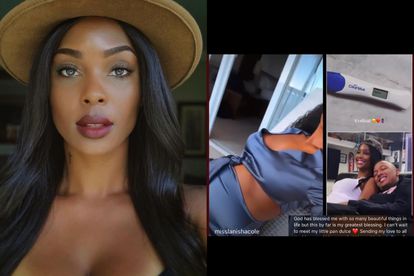 Twitter users are speculating whether American comedian Nick Cannon is going to be a father again after his ex-girlfriend, model Lanisha Cole announced her pregnancy on 8 May.

Nick Cannon’s ex-girlfriend Lanisha Cole announced her pregnancy and Tweeps are speculating if he is the father. She is popular for appearing in Pharell’s Frontin video.

“God has blessed me with so many beautiful things in life but this by far is my greatest blessing. I can’t wait to meet my little pan dulce ❤️ Sending my love to all the Moms and Moms-to-be! Happy Mother’s Day 🤰🏾✨,” she wrote on Instagram.

Lanisha’s pregnancy announcement was shared on Twitter and Tweeps were speculating if Nick was the father. This comes just a few months after he announced that he is expecting his eighth child with his fifth baby mama in February. The television host set tongues wagging because he had just lost his five-month-old son Zen in December 2021.

“Maybe Nick Cannon is just acting as a sperm donor to women wanting kids. No way he’s having actual relationships with these women because the turnover rate is incredible!” tweeted @AnisiaMichael.

Lanisha and Nick dated in February 2021 but she has not confirmed that the television host is her “baby daddy.” Instead, she reportedly had been tagging another man in her pregnnacy flicks. However, she has since removed the tag.

The Wildin’ Out host trended on Twitter on Mother’s Day because of how many kids and “baby mama’s” he has. Take a look…

“Nick Cannon had to get up at 5:30am to start sending his Happy Mother’s Day texts,” tweeted @DeeLaSheeArt.