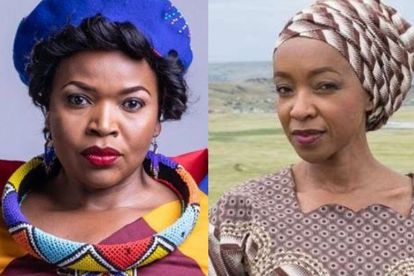 Masebe has gone to parliament to make a submission for the rights of artists to be protected and to fight for royalties for actors.

Giving economic rights to actors is not a mistake.

It is something that should have been part of the system all these years, but unfortunately, the focus of our industry is never the actor

Seasoned actor Jack Devnarain, who is the chairman for The South African Guild of Actors (Saga), has also come on board.

Jack has initiated a campaign that will force the South African government to amend the Performers Protection Act (1967) bill and the Copyright Act (1978) bill into law.

Devnarain who is popularly known for his role of Rajesh on Isidingo stated that the bills were sent back to the portfolio committee for more consultations after fifteen months staying on the president’s desk.

Unlike in the mining sector, we don’t have structures like unions and labour laws to protect us.

But we will continue with our activism, to reiterate to parliament the kind of abuse and unfair treatment that is taking place in the industry.”

Skeem Saam actress Motshabi Tyelele, who plays the role of Mary Matloga, said the passing of the bills will make a huge difference in the industry.

We won’t have people dying as paupers while they have been working for years.

Former Muvhango actress Vatiswa Ndara penned an open letter to the minister of arts and sports in 2019 where she raised various issues that actors in the country go through.

Among these was the fact that actors are underpaid while overworked and that they’re still working unfair contracts and rates that haven’t changed in 20 years.