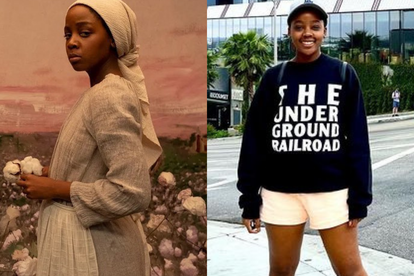 Thuso Mbedu proved herself to be quite a talented actress. That is, both here in South Africa and internationally. This is why many critics just can’t believe she didn’t get any Emmy nominations for her role in the international series, The Underground Railroad.

South Africans have enjoyed watching KwaZulu-Natal-born Thuso Mbedu in various TV shows such as Isibaya and Scandal. In 2018,the beautiful and talented Thuso Mbedu was nominated for an Emmy award for her role in South African TV drama Is’Thunzi.

Two years later, the star announced that she had landed a breakaway role in the Amazon limited series The Underground Railroad. Naturally, everyone expected nothing but the best which she delivered – that is according to critics.

Many of them showered the young actress with compliments over her performance in the series and were subsequently left with many questions around why she received no individual Emmy nominations for her role.

No Emmy nomination for Thuso: The critics want answers

According to Channel24,the critics are not impressed with the fact that Thuso was left hanging when it came to being nominated for an Emmy Award. Many of them were very vocal about their thoughts:

Indiewire’s Ben Traver’s who called Mbedu the “heartbeat” of the series wrote:

“The beating heart of Barry Jenkins’ masterpiece,newcomer Thuso Mbedu found herself in tough,tight competition among the Limited Series and TV Movie contenders. In the end,big names won out.”

“Did the voters consider it more of a director’s piece than an actor’s one? Maybe. But that’s no excuse to dismiss the breathtaking work by Thuso Mbedu,who holds the entire piece together.”

On a lighter note…

The Underground Railroad was the recipient of seven Emmy nominations and that is still a big win for Thuso who still gets to brag about being a part of something so successful.