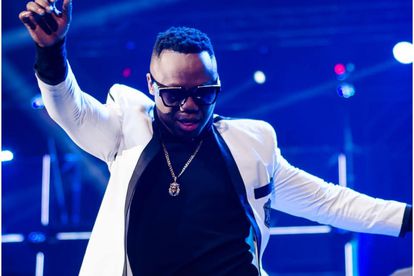 South African musician DJ Tira has shocked many people by posting a clip on Twitter of himself performing at a mass maskless event at the Cosmopolitan Lounge in Maboneng on Saturday evening.

In the clip, the DJ can be seen delivering a vibrant performance to a crowd of revellers who are enjoying booze and the music while not adhering to any safety measures put in place to prevent the spread of COVID-19.

DJ Tira has been trending on local Twitter streets since Sunday evening. The DJ found himself the topic of the day after he took to the social media platform to share a video clip of himself performing at a local event. In the clip, Tira can be seen performing in front of a large group of maskless partygoers.

Just last week, Tira trended because he tweeted that unvaccinated people would not be allowed to attend his Fact Durban Rocks event. Many people were outraged that he was trying to coerce them to get the jab.

It seems like he has forgotten all about that but of course, the people of Mzansi would not let it slide that easily. Many of them were soon questioning his actions this Sunday where he seemingly forgot all about COVID-19 and the regulations that come with it.

Mzansi has this to say

Soon many locals were using the hashtag #DJTira to share their thoughts on the DJ and his latest shenanigans. Read a few of their comments below:

“Tira needs to be arrested, he’s not even admitting that he’s wrong. This person will contribute to people losing their lives, their income, their jobs and their gigs. Then akhale athi the government doesn’t care about artists or alcohol isn’t killing people.”

“Wow! Yheey nifane nenze nje Tira. Do you even know the status of #VaccineRollOutSA and who gets to qualify? You posting this video shows that you’re seriously out of touch. You’re probably the only person who qualifies for a jab there. The rest are under 35. How irresponsible.”

ALSO READ: Eish! DJ Tira gets a good dragging for his ‘no vaccination no entry’ event