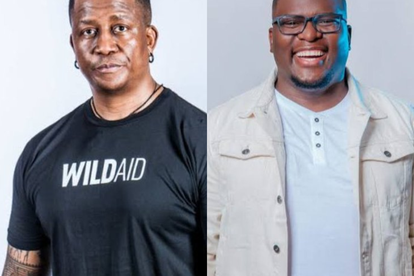 Earlier this week, many South African Kaya FM listeners shared their opinions of the station’s breakfast show hosts Dineo Ranaka and Sol Phenduka. According to many of them, Ranaka is bullying Phenduka and appears to take up most of the talk time during the morning show.

Kaya FM has since explained that Ranaka is the lead host hence the talk time difference. Despite this, many have called on the station to replace her with popular broadcaster DJ Fresh.

These traits are apparently getting her into a bit of trouble with Kaya FM listeners who recently accused her of bullying her co-host Sol Phenduka who is well known for his role on popular MacG’s podcast, Podcast and Chill.

Many of them say that she is not giving Phenduka enough time to shine and this is upsetting because they only tune in to listen to him.

Some people have even gone as far as to say that they will boycott the show if changes aren’t made.

While Kaya FM has since defended Dineo Ranaka, a few Tweeps have called on them to replace the controversial DJ.

For many people, DJ Fresh would be the perfect substitute.

One Twitter user @luummz remarked that Fresh and Phenduka would make one heck of a team and many people shared their thoughts on this.

“Instead they have an outdated old gogo in that slot”

“We need DJ fresh on kaya man… neh fokman, Dineo she is a good broadcaster but their breakie show is not doing good, its more like a podcast on the radio”