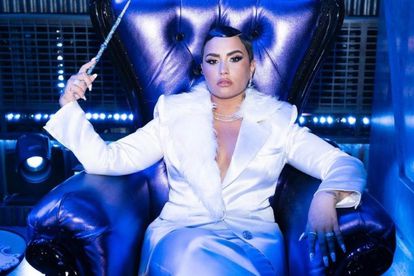 Demi Lovato is saying goodbye to their old music. Image via Instagram @ddlovato

Demi Lovato is saying goodbye to their old music. Image via Instagram @ddlovato

Award-winning singer Demi Lovato came out as non-binary in May and changed their pronouns to they/them. They shared the news in a video they posted to social media emphasising their happiness to share more of their life with the world.

The Tell Me You Love Me hit maker took to Twitter sharing that she wanted to speak their change of pronouns because it can be confusing for some and difficult to remember for others. Demi further explained that it’s all about intentions and says it’s important to them if people try.

“If you misgender me – That’s okay. I accidentally misgender myself sometimes! It’s a huge transition to change the pronouns I’ve used myself my entire life. And it’s difficult to remember sometimes!”

“I’m just grateful for your effort in trying to remember what means so much to my healing process.”

International non-binary day is celebrated globally on 14 July. The term “non-binary” describes a person who does not identify as neither a man or a woman and falls somewhere in between.

The pronouns of most non-binary people are they/them but some still prefer to still use pronouns she/her and he/him.

Other celebrities who identify as non-binary include UK singer-songwriter Sam Smith. In an interview with Jameela Jamil they expressed that they floated somewhere in between male and female.

Pose cast member Indya Moore expressed that they identified as non-binary but they don’t speak about it much.

One fifth of Netflix’s Queer Eye Jonathan Van Ness told Out Magazine that as he gets older, the more he identifies as a non-binary person. He also explained that he feels gender is used to separate and divide people and feels he doesn’t fit into the social construct.

ALSO READ: Emmys 2021: A look at the LGBTQI+ representation at the awards