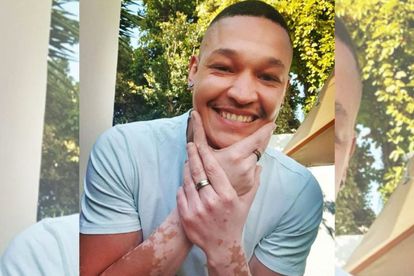 South Africa’s adaptation of the American sitcom Ugly Betty – uBettina Wethu – blew viewers away. One of the show’s actors, Brighton Ngoma, has opened up about playing a LGBTQI+ character on the show.

Brighton Ngoma plays a non-binary character on uBettina Wethu and opened up about how he felt whilst playing the character. Speaking to TshisaLive, he shared that he thoroughly enjoyed playing T-Bang. He said that he might have had too much fun.

Ngoma did, however, share that while on set for the SABC 1 show, he learnt that there was still a lot of discrimination against the LGBTQI+ community.

“I had people coming to me saying, ‘are you gay?’ And I was like, I’m not, but why does it bother you and they were like ‘it’s just that you’re really convincing’.”

‘PEOPLE DID STAY AWAY FROM ME’

The talented actor explained that while he was in costume, people would avoid making eye contact with him on set.

“It was rough, people did stay away from me. People wouldn’t make eye contact with me in costume as T-Bang, I don’t know… because T-Bang made them feel a certain way about themselves, about their sexuality.”

He mentioned that he felt pressure playing T-Bang because firstly, this was his second role ever (after playing Quinton on Scandal) and playing a non-binary character was challenging for him.

The show was renewed for season two and the production team thanked viewers for making the show one of the most loved television shows in the country.