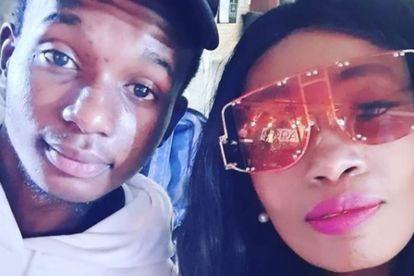 Sophie Ndaba has heaped praise on her son Lwandile “Ocean L” Ndaba, in the wake of his My Stepfather’s a Devil diss track he wrote about Max Lichaba.

The soapie actress and entrepreneur posted a picture of her rapper son on her Instagram account, where she named him her “Man Crush Monday”.

This comes days after Ocean L released his debut song My Stepfather’s A Devil, which fires shots at his stepfather and Sophie’s estranged husband.

SOPHIE NDABA: ‘THE WOMAN YOU MARRY WILL BE SO LUCKY’

Sophie Ndaba has seemingly thrown her full support behind her son, who accused his mother’s third husband of infidelity and abuse in the song.

She wrote in the caption of the post: “Mommy’s last born child who has proven ‘ukuzala ukuzelula’ I love you to heaven and back my Lwandle @oceanel_sa just know my boy that the woman you will marry one day will be so lucky to have you as a husband! Fact!”

Also read: Sophie Ndaba back on socials after ‘My Stepfather’s a Devil’ diss track

MAX LICHABA AND FAMILY CLAP BACK

Sophie Ndaba’s post comes a day after reports from Sunday World that Max Lichaba has threatened legal action against Ocean L over the controversial track.

The young star and his mother were served with a letter of demand to remove the track and publicly apologise over the damning allegations.

Max’s siblings also weighed into the family feud, according to Sunday World; His sister Aiso labelled Sophie a “witch” and Lwandile “Satan” in a WhatsApp message, whilst his brother Prince reportedly made threats to harm the rapper.

He allegedly told L’Wandile in a text message: “You are a small boy, you don’t know what you are starting … before you provoke war”.