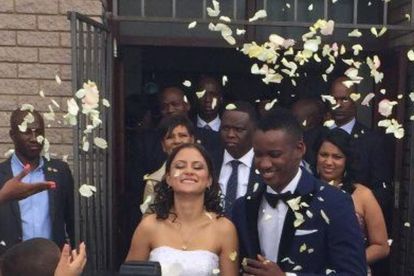 WHO IS SHANICE STORK?

Shanice Stork is a business mogul originally from Durban, South Africa. She married Duduzane Zuma in 2015 at the Newlands, Durban, at the New Apostolic Church. The wedding was attended by 500 people.

Duduzane is quite private about his love life and his wife. So, here’s what we know, according to Savanna News,

WHAT IS SHANICE’S NET WORTH?

According to Savanna News, sources claim that Shanice doubles as Duduzane’s business partner. Duduzane is invested in several businesses from real estate to trading. He is also the director of some South African businesses,

So the pair allegedly have a joint net worth of $15 million which equates to R225 million.

WILL DUDUZANE TAKE A SECOND WIFE?

Duduzane’s father Jacob is a polygamist as he has six wives and he was engaged to marry Real Housewives of Durban (RHOD) star Nonkanyiso “LaConco” Conco, who he has a son with. So, will Duduzane also consider polygamy?

Duduzane told Sunday World in 2020 that he did not fully understand the practice at first but he learnt that it can be an amazing support structure.

So, he would consider taking on another wife – as long as everyone is happy.

“If it should ever happen, I will have that conversation with my wife, in-laws and whoever else. As long as everyone is happy,” he said to the publication.

“I didn’t understand it until I was about nine years old. When my mom died as a result of suicide, there was an amazing support structure from my siblings and mothers who stepped up. So I respect the tradition,” he continued.